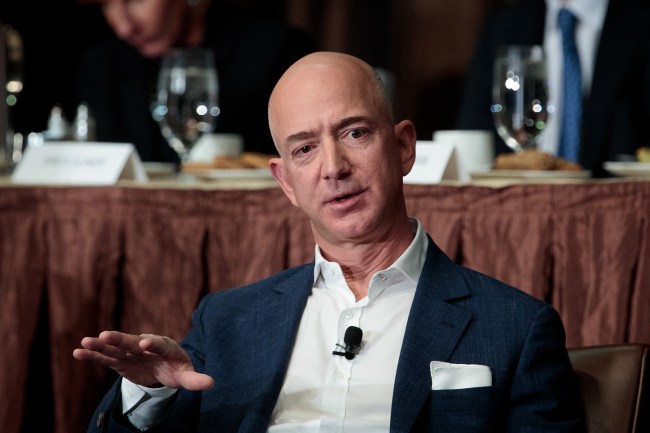 There were numerous reports this week that Jeff Bezos is the richest person in history, but not so fast says Forbes. Two months ago, Amazon released their Wall Street-pleasing earnings report, which the e-commerce giant was said to have made $43.7 billion in revenue in the third quarter of 2017. Amazon’s stock instantly shot up 8%, giving Bezos, who is Amazon’s CEO and largest stakeholder, a generous explosion in his net worth. At the time, the net worth of Bezos was more than $90 million and this week his net worth reached $105.1 billion. But, he’s still not truly the richest person in history if you factor in inflation.

When the immense net worth of Bezos is adjusted for inflation, the Amazon founder is actually the second richest person in history. In April of 1999, Microsoft head Bill Gates had a net worth of more than $100 billion and that would equate to approximately $150 billion in today’s dollars after adjusting for inflation. Gates could have legitimately been the richest person today even without an inflation-adjustment, but the Gates donated around $36 billion of Microsoft stock to the Bill and Melinda Gates Foundation, the planet’s largest private philanthropic foundation.

Here are the world’s top billionaires in each of the last tens years and you can see the richest people with their wealth adjusted for inflation of the last twenty years over at Forbes.