Bill Gates Revealed His Best Metric For Measuring Success, And He Learned It From Warren Buffett 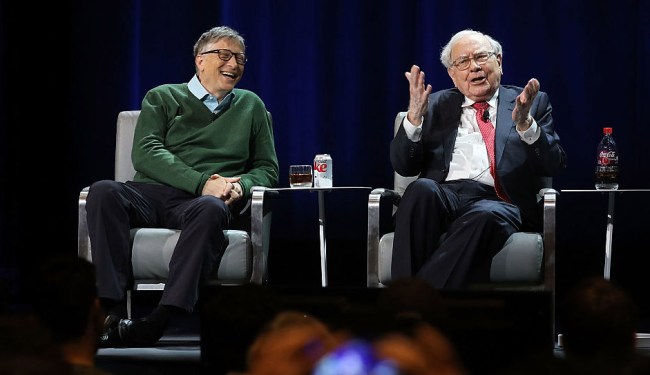 Even if you are one of the top five wealthiest people on the planet, there are still some things other people can teach you. Just ask Bill Gates.

Actually, you don’t have to ask him (not that we have access to him anyway), because Gates shared some of the things he’s learned in his 40-plus years running Microsoft and other programs and organizations.

On his GatesNotes blog, in a post entitled “What I learned at work this year,” Gates decided to “take stock of [his] work and personal life.”

And in doing so, he revealed what he believes to be the best metric for measuring success in life.

One thing that occurs to me is that the questions I am asking myself at age 63 are very different from the ones I would have asked when I was in my 20s.

Back then, an end-of-year assessment would amount to just one question: Is Microsoft software making the personal-computing dream come true?

Today of course I still assess the quality of my work. But I also ask myself a whole other set of questions about my life. Did I devote enough time to my family? Did I learn enough new things? Did I develop new friendships and deepen old ones? These would have been laughable to me when I was 25, but as I get older, they are much more meaningful.

Melinda has helped broaden my thinking on this point. So has Warren Buffett, who says his measure of success is, “Do the people you care about love you back?” I think that is about as good a metric as you will find.

Okay, so I didn’t say that the man Bill Gates learned his lesson from was also one of the five richest people in the world, but still, it’s proof that you’re never too old, or too rich, to learn how to make your life better.

Gates also isn’t afraid to attempt to follow a New Year’s resolution in 2019, even though he says he’s never been that interested in them before.

I have always been committed to setting clear goals and making plans to achieve them. As I get older, these two things look more and more like the same exercise. So I am making a resolution for 2019. I am committing to learn and think about two key areas where technology has the potential to make an enormous impact on the quality of our lives, but also raises complex ethical and social considerations.

One is the balance between privacy and innovation. How can we use data to gain insights into education (like which schools do the best job of teaching low-income students) or health (like which doctors provide the best care for a reasonable price) while protecting people’s privacy?

The other is the use of technology in education. How much can software improve students’ learning? For years we have been hearing overheated claims about the huge impact that technology would have on education. People have been right to be skeptical. But I think things are finally coming together in a way that will deliver on the promises.

Kind of makes all of our New Year’s resolutions seem a lot easier, doesn’t it?