If You’re Spending Time On This ‘Fake Work’ Every Day, It’s Going To Detour Your Path To The Top 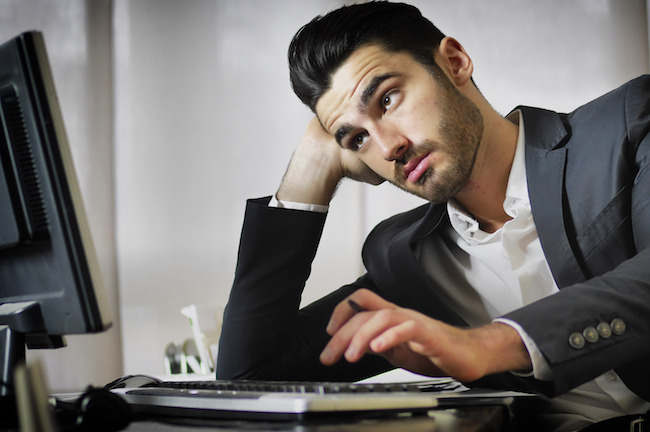 A wise sage named Peter Gibbons once said that in a given week, he only completes about 15 minutes of real, actual work. The former Innotech employee might have been joking, but people do tend to waste a ton of time in the office. Especially people utterly bored with their jobs for reasons beyond their control.

The time wasted is often disguised as being productive when in reality, as Fast Company points out, it’s all just “fake work.” Fake work is classified as any activity that you’re convinced is useful, but it’s really just a way to avoid doing legit work. Low-value tasks like cleaning out your email inbox, organizing your desk or files, counting every staple in the stapler and any time killer that doesn’t help move your projects along.

FC suggests a couple ideas to maximize power through the habit of fake working. The suggestions include practicing a skill in the downtime, bringing along a book to read instead of mindlessly surfing the web and saving the work you actually like doing instead of blowing through those tasks and leaving only the duties that suck your soul.

Practicing a skill isn’t a bad idea, especially if the end result leads to being even better at your job. Here are some certified online courses to consider enrolling in instead of doing fake work. Reading a book at your desk is a gutsy move but, again, if it relates to your job people won’t take issue if they catch your nose in a text.

Spending the hours with “fake work” might mean you just work too damn long or maybe you’re just a huge procrastinator. Consider squashing procrastination issues with these helpful tips, especially the tendency to catastrophize every task. Not everything is as big as it seems or as awful. Just get stuff done and get it over with.

Long story short, if you keep putzing around doing nothing, promotions and more significant pay opportunities will be given to coworkers who get the most work done and not to the person with the cleanest inbox.