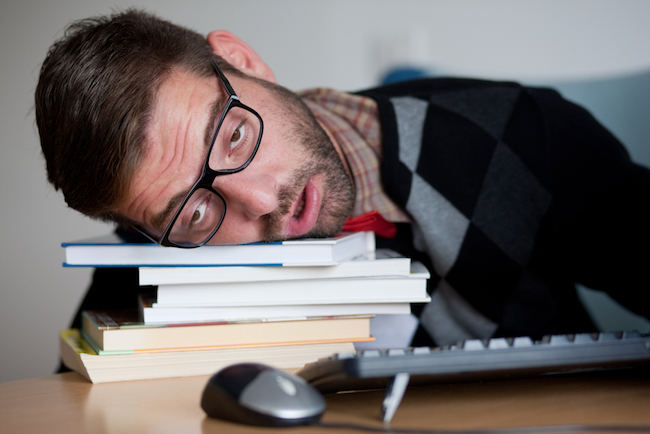 “Find a profession you love and you’ll never work a day in your life.” You’ve probably spotted that quote plastered on coffee mugs and inspirational cat posters. It’s complete bull. Even the most successful people in history grew tired of their specific industry and branched out into other ventures.

Why? Boredom. Boredom is engrained in our DNA, at birth, and no matter the circumstances humans will always grow tired of working.

In this video for the Big Think, London Business School professor Dan Cable breaks down the psychological reasons men and women eventually get disinterested in even the most exhilarating of tasks. Cable, the author of Alive at Work: The Neuroscience of Helping Your People Love What They Do, explains that even as babies, people just get turned off of everything after an extended period of time. He uses a child as an example, stating that kids love a new toy but eventually get bored with it and fascinated with something as new and strange as car keys.

“Our brains aren’t used to staying in their lanes,” remarks Cable.

Cable feels another key factor to workplace boredom involves the periods before and during the industrial revolution, when major work tasks were broken down into tiny, little jobs and handed out to people to complete over and over in the name of mass production.

If you’re completely bored from 9 to 5, it might be time to ask the boss for a different role or change jobs completely. Here are some high paying gigs that don’t even require a college degree.

[via The Big Think]