How Does Jeff Bezos Measure High Intelligence? He Revealed The One Determining Factor He Looks For 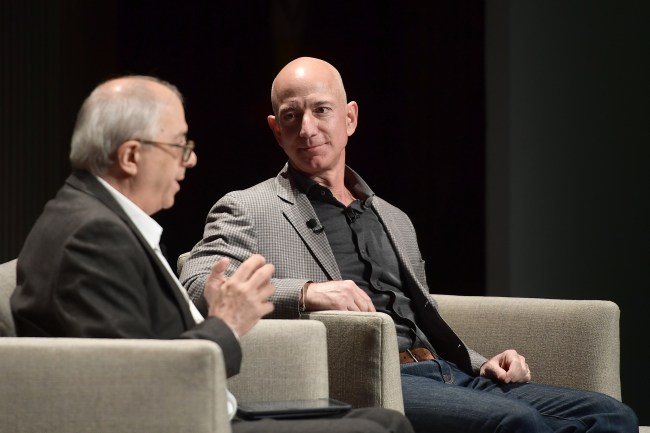 Jeff Bezos founded Amazon and has become the richest person on the planet, so he’s either really smart, really lucky, really innovative or a combination of all three. Given his success, it’s always interesting to hear some of his thoughts about how he measures success and/or evaluates people. Like, if I were to be in a room with him, would my mind be completely blown with how he thinks, or are we actually somewhat similar in mentality? I’d like to think the latter, but I’m also not worth billions of dollars, so whatever I say doesn’t hold as much weight as Bezos.

Anyway, given the fact that he’s Jeff Bezos, plenty of people will take what he says and try to apply it to their own lives as if he’s got the golden ticket. That’s cool and all, but it’s not for me. Still, when he speaks, people will listen.

So when the Amazon founder talked about how he surrounds himself with such smart, highly intelligent people — which Basecamp founder, Jason Fried, posted on the company’s blog — his response was pretty straightforward and simple. In fact, it’s something that we’re all aware of, yet, for some reason, seem to have trouble breaking.

According to Jeff Bezos, the smartest people in the world are simply the ones who know how to adapt the best. Yep, to be considered “highly intelligent” by the world’s richest man, that’s all it takes; adapting.

Bezos’s counterintuitive strategy isn’t just to look at how often people are right. Instead, he also looks for people who can admit they are wrong and change their opinions often.

Bezos has “observed that the smartest people are constantly revising their understanding, reconsidering a problem they thought they’d already solved. They’re open to new points of view, new information, new ideas, contradictions, and challenges to their own way of thinking,” Fried reports the Amazon boss saying.

“He doesn’t think consistency of thought is a particularly positive trait,” Fried reports. “It’s perfectly healthy — encouraged, even — to have an idea tomorrow that contradicts your idea today.”

That’s an interesting way to think for some people, but it’s one that should be adopted by more of us. Sure, we’re all stubborn AF and like to think that we know everything about everything — sorry, though, “Googling it” doesn’t make you an expert, guys — so it’s pretty cool for Jeff Bezos to simply say it’s OK to make mistakes, not know something or change your opinion after given more information, just as long as you learn from it.

So, the next time you’re in a heated debate with someone and swear you’re right, don’t be afraid to change your opinion if you’re given facts that prove you wrong. Hey, if it’s the way Jeff Bezos measures high intelligence, it’s something you should probably get into the habit of doing.