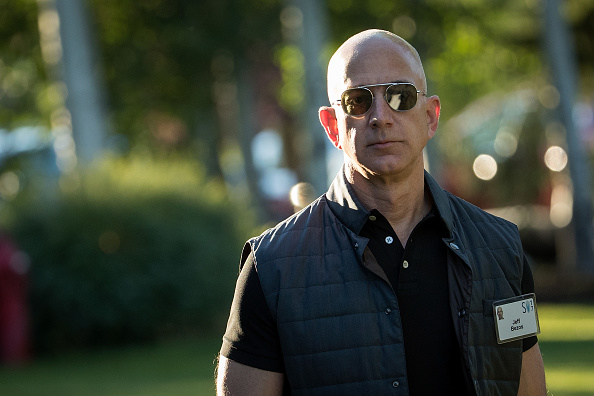 Jeff Bezos and his Amazon empire have experienced tremendous financial growth in recent years. So much unthinkable prosperity that Bezos has dethroned Bill Gates as the richest person in the world and grabbed the #1 spot on Forbes’ annual World Billionaires list. For the 32nd consecutive year, Forbes compiled an exhaustive list of the wealthiest people on the planet. There were more than 2,200 billionaires who made the Forbes list and they had a combined net worth of $9.1 trillion, which is equal to approximately half the GDP of the United States.

Bezos nailed the top spot on the list by having a net worth of $112 billion and unseated Gates who is only worth a paltry $90 billion. Forbes said Bezos had the “biggest one gain year” of wealth since the magazine began tracking world billionaires by making $39 billion in 12 months. Gates has been the richest person in the world for 18 of the last 24 years. Third on the list was Warren Buffet with a net worth of $84 billion. There were 259 newcomers on this year’s list and 67% of the billionaires are self-made. The youngest of the billionaires were Alexandra (21-years-old) and Katharina Andresen (22-years-old), who both have a net worth of $1.4 billion thanks to their father’s investment company Ferd in Norway. On Forbes’ wealthiest people list, there were 63 billionaires under the age of 40-years-old.

Here are the richest people in the world according to Forbes:

You can see the entire list over at Forbes.