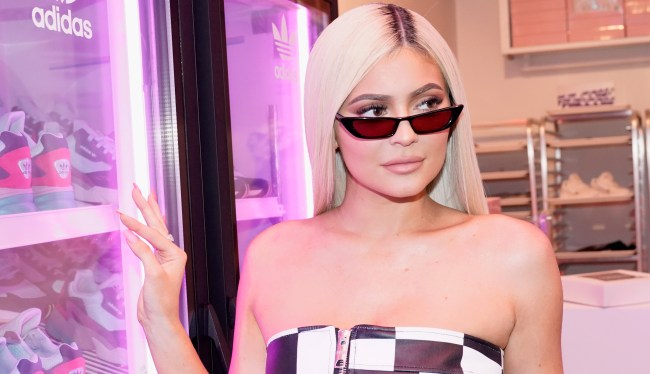 This just in: Kylie Jenner, at age 21, has been named the youngest self-made billionaire ever by Forbes as part of their 2019 world’s richest people list.

So how did she do it? According to Forbes in just six weeks late in 2018…

Kylie Cosmetics sold $54.5 million worth of products in Ulta, according to estimates from Oppenheimer. “I popped up at a few stores, I did my usual social media — I did what I usually do, and it just worked,” she says.

That’s pretty much the same way Bill Gates made his fortune, right?

Thanks to that six-week run, Jenner’s company is now worth at least $900 million, according to Forbes’ estimates. And she is the sole owner of the company, making her the youngest-ever “self-made” billionaire, beating out some guy named Mark Zuckerberg who achieved that level at age 23.

Kylie Jenner is the youngest-ever self-made billionaire, reaching a 10-figure fortune at a younger age than even Mark Zuckerberg https://t.co/P18m2ldrQk #ForbesBillionaires pic.twitter.com/RrenNvGbbE

Back in July of 2018, Forbes felt the need to defend itself after calling Jenner “self-made.” (Because it’s absurd.)

To be clear, Forbes defines “self-made” as someone who built a company or established a fortune on her own, rather than inheriting some or all of it. As long as the list member didn’t inherit a business or money, she is labeled self-made. But the term is very broad, and does not adequately reflect how far some people have come and, relatively speaking, how much easier others have had it.

As for becoming the youngest “self-made” billionaire, Jenner told Forbes, “I didn’t expect anything. I did not foresee the future. But [the recognition] feels really good. That’s a nice pat on the back.”

Stop hitting yourself. Oh wait, that’s me doing that. Me, and half the internet.

Call her a billionaire fine but don’t call her “self made” that’s an f u to everyone that has made something out of nothing...

Uh, self-made means you weren't already born rich. She's had managers, coaches, and financial advisers her entire life. @KylieJenner is not "self-made" anything.

And what does she actually do?

Didn’t you read the article? She shows up at stores and uses social media. Duh.

Get me off this planet.