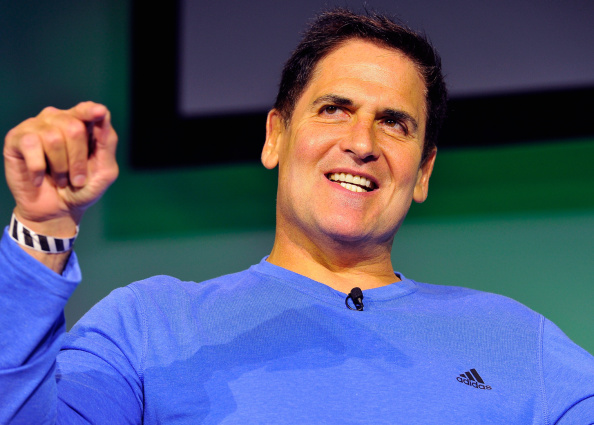 Mark Cuban has purchased a myriad of high-ticket items since he became filthy rich when Yahoo! acquired Broadcast.com for $5.7 billion in 1999. Since that monumental financial windfall, Cuban has only increased his net worth despite making huge purchases such as the Dallas Mavericks for $285 million and one very special $40 million investment that to this day is a Guinness World Record.

Mark Cuban currently has a net worth of $3.9 billion and plenty of expensive toys to play with. But Cuban actually set a world record back in 1999 for a purchase that he considers priceless.

In 1999, after Broadcast.com was bought by Yahoo!, Cuban used his newfound wealth to purchase a Gulfstream V jet. Cuban bought the private jet for $40 million, but instead of moseying on down to the private jet dealership, he purchased the plane online. You know, just the same as you would go and buy a Fire HD tablet or SanDisk memory card off of Amazon.

RELATED: Mark Cuban Says This Is ‘One Of The Best Purchases He’s Ever Made,’ Only 25 People In The World Have It

Nearly 20 years later, Cuban’s extravagant airplane purchase is still at the top of the Guinness Book of World Records for the “largest single e-commerce transaction.” “I talked to several pilots and asked them what they would love to fly. That got me to Gulfstream.” Cuban said. Imagine being so rich that you set world records by buying stuff?

The Shark Tank investor says buying a private jet “was my all-time goal.” While Cuban tries to be relatively frugal with his money despite being one of the wealthiest people in America, but he considers the $40 jet a no-brainer. Cuban told Money last year that the exorbitant investment has been invaluable “because the asset I value the most is time, and that bought me time.”

“There are too many examples to count of how the airplane has helped me,” Cuban said in an interview with Business Jet Traveler. “Flying out after a late-night game to be at a meeting the next morning. Leaving a meeting to get home in time for my daughter’s first daddy-daughter dance. It’s part of my life that I can’t be without.”

“It means I have more hours in my day to spend with friends and family,” Cuban added. “It means I can get more work done. It means I can travel comfortably with my family. It’s a life- and game-changer.”

“Time is the one asset we simply don’t own,” Cuban told Men’s Fitness. That’s why a “brutally expensive” private plane that “saves me hours and hours” is completely worth the price.

Since his world record purchase in 1999, Cubes has added two more private jets. When Cuban bought the Mavericks in January 2000, he also bought a Boeing 757 as the team’s private jet. The move was made to show that Dallas was committed to the players and to winning.

“When you are on the road as much as an NBA team has to be, the ability to be comfortable, get rest and have enough room for basic treatment of physical problems gives us a competitive advantage,” Cuban said.

RELATED: How Two Guys Cold-Emailed Mark Cuban And Got A Half-A-Million Investment For Their Start-Up

Last September, Cuban lent the Mavericks’ team plane so that Dallas guard J.J. Barea could fly supplies to Puerto Rico and to bring his mother and grandmother back to the United States after the island was ravaged by Hurricane Maria. “I was really proud of J.J. and how quickly he got involved and how hard he worked to make all of this happen,” Cuban said.

And here you thought your girlfriend had set a world record for spending the most money online.

RELATED: Mark Cuban Has One Rule For Investing In Bitcoin