Actor And Entrepreneur Miles Fisher Tells Us How His Coffee Startup, Bixby Is Disrupting The Industry

We’ve got some good news and we’ve got some bad news. The good news? We sat down with Miles Fisher to pick his brain about entrepreneurship, hustling, and his direct-to-consumer coffee startup, Bixby. Now for the bad news. You’ll probably never be as ridiculously good looking or talented as this bro … 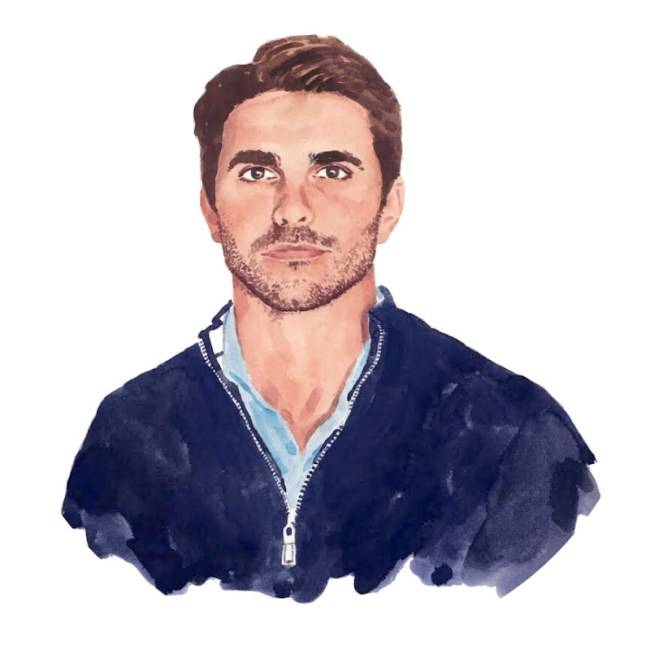 Born in Dallas, Texas and raised in Washington DC, Miles attended Harvard University. Upon graduation, Miles was chosen by his classmates to deliver “The Harvard Oration” and his original thesis was awarded the Briggs prize by the English Department.

After college, Miles moved to Los Angeles to work as an actor. He starred in memorable roles on TV shows such as Mad Men, 2 Broke Girls, Psych, The Mick, Gossip Girl and in feature films including Final Destination and J. Edgar. His original viral videos have garnered over 50 million views in partnership with brands including Activision, Range Rover, K-Swiss, Vizio, and Warner Brothers Studios.

In 2016, Miles founded Bixby Roasting Co. with Remington Hotchkis. Known as “America’s Local Roaster”, Bixby roasts and ships coffee direct-to-doorstep to households and businesses across the country in various formats from gourmet whole- bean to custom Keurig and Nespresso pods.

And now onto the interview …

The Water Coolest: Tell us how you first got into coffee/why you founded Bixby?

Miles Fisher: I’ve been a coffee nut my whole life. Even when I was really young – coffee flavored ice cream was my favorite. I started drinking coffee regularly in college. I was an English major and got into the habit of writing and reading super early in the morning when my mind was clear and there wasn’t much distraction. That morning ritual has been my routine ever since.

After college I moved to LA and started acting in films and TV. When you’re on set, there’s a lot of downtime. There are often assistants doing coffee runs, but inevitably, orders get messed up when they’re complicated (… actors can be fairly high-maintenance with their insane coffee orders …). So I just ordered black coffee. It’s impossible to mess up and it’s a nice way to develop an honest taste for quality of the flavor, freshness.

Coffee is really having a moment in America right now. People don’t blink an eye at paying $7 for a cup of coffee. That’s nuts! I don’t think America needs another fancy coffee shop. Rather, I want to provide a service to the 195 million people who make their first cup of coffee at home each morning. Regular people who shop at Albertsons, Kroger, and Ralphs. But all that coffee is stale – sitting on shelves for a long time. If we can deliver higher quality coffee that is much fresher but priced the same as the grocery store, we have a real business that helps people start their day off right.

Dig this interview? Get daily professional adivce delivered to your inbox every weekday by signing up for The Water Coolest:

TWC: What is the most actionable piece of advice you would give someone trying to get into this business or any entrepreneurial endeavor?

MF: Listen to podcasts. The wealth of nuanced, sincere advice out there is astounding. Look, nothing replaces the value of doing. Talk is cheap and everyone has good ideas. That is, real value lies in the implementation and execution, in actually doing the thing. But while you’re in the process of building, dreaming, and creating, it’s good to expand your thinking. The constant inspiration that I’ve found from Podcasts like HOW I BUILT THIS, ADLANDIA, AKIMBO, MASTERS OF SCALE, THE MOMENT, A16Z is as valuable as anything I learned in the classrooms at Harvard.

TWC: What is the best tool you’ve found to help you in your day to day?

MF: It’s what I’d call “aggressive patience.” That means a lot of listening. Our initial goal was to get our first 1,000 customers and then to shut up and listen. You learn a lot when you bury your ego and try to solve for what the market wants, needs, and loves. When people vote with their wallet, it’s interesting to learn not the who and the what, but the why.

TWC: How important have other people (cofounders, S.O.s, investors etc.) been to your success?

MF: Choosing a partner is among the most important choices one can make. In business. In life. This entire business rests on the fulcrum of my partnership with my co-founder, Remington Hotchkis. He is the right brain to my left. Our trust in each other is the lifeblood of this company. We’ve grown up a lot together along the way. He’s a good man and a great American.

TWC: What are you doing today to take Bixby to the moon?

MF: I am passionate about Fire Fighters. I grew up right down the street from a Fire Station and believe first responders are genuine heroes. I learned that the hard working Fire Fighters in Los Angeles have to pay for the coffee at their stations out of their own pocket. I think that’s ridiculous. We’re trying to work on removing that from their budgets. If anyone deserves a decent cup of coffee on the house, it’s those who are working 24 hour shifts, putting their lives on the line, to keep us safe. If we can service the LAFD, then perhaps we can roll that out nationally.

TWC: How far do you look down the road when thinking about Bixby?

MF: We have a good idea of where we’d like to be in five years. I dream of what a decade out could look like. There’s a blueprint there. But ninety days is our immediate horizon and we do best to prioritize each day’s work because there’s a lot to be done one step at a time. While maintaining quality of product, it’s customers first, customers second, then third comes growth.

TWC: Final question: how will you know when you’ve made it?

I have more daily satisfaction building this business than I‘ve ever felt on any TV or Film set. This is as “made it” as I’ve ever been amigo.

You can check out Bixby Coffee here. *And Miles is extending an offer to all BroBible and The Water Coolest readers: use code Bro5 for $5 off their first order.*

Oh and if you’re still not convinced, maybe this taste test video will convince you Bixby is the real deal.