Here Is The Perfect Amount Of Money To Win In A Lottery Jackpot, According To A Financial Planning Expert 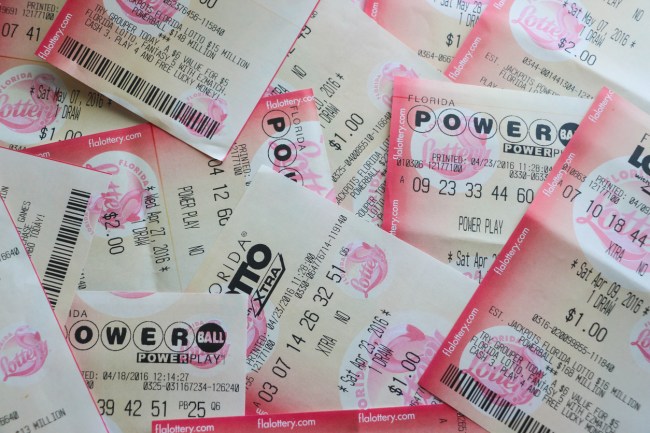 The Mega Millions jackpot has swelled to a record $900 million for Friday night’s drawing, the second-largest lottery jackpot in U.S. history. The cash value for Friday’s jackpot is an estimated $513 million. Imagine that. Overnight you would become Floyd Mayweather. Every financial worry you’ve ever had would seem laughable. Careers become optional, an activity done solely to register some personal growth. Literally 65% of my worries today are financial. That could all evaporate for someone after Friday’s drawing.

I’m not trying to be that guy, but I don’t think I’m built for that kind of wealth. Don’t get me wrong, I’d love to win the lottery, but maybe not to the point where I’d feel the onus to change the world.

In a recent writeup for Forbes, Robert claims to have worked with people who have acquired a large windfall of cash from selling a business, inheritance, lawsuit, sport’s contract, and winning the lottery. Some have fell into $1 million overnight, while others, $100 million.

Pagliarini claims that the heightened exposure of the current Mega Millions jackpot would create a slew of unfamiliar problems that the average person would have a nightmare dealing with. The media goes into a frenzy and everyone in America wants to find out who the lucky half billionaire is. Friends and family put their hands out. Strangers knock on your door. Death threats come your way.

Pagliarini found that a more modest winning would allow the average person to be rich enough without the superfluous exposure that puts relationships at risk. He said:

This is why I think having $30 million after tax may be the perfect amount. In order to net $30 million (remember, you have to pay income tax on your winnings) the jackpot would need to be about $100 million since the cash option is typically about 60% of the annuity amount. People win $100 million jackpots all the time and you never hear about them. In fact, if you won $100 million tomorrow, I’d guess your neighbors and even your kids wouldn’t know.

Pagliarini claims that the $30 million, if invested wisely, would allow you to live on $1 million a year for the rest of your life, and maybe equally as important, keep your anonymity.

The perfect amount of money is an amount that can improve your life but that does not upend it.

This is all grand in theory, but if someone offers me a choice between a $513 million cash option and $30 million, you can best believe I’m taking the former. I’ve learned too much from my childhood idol Allen Iverson.