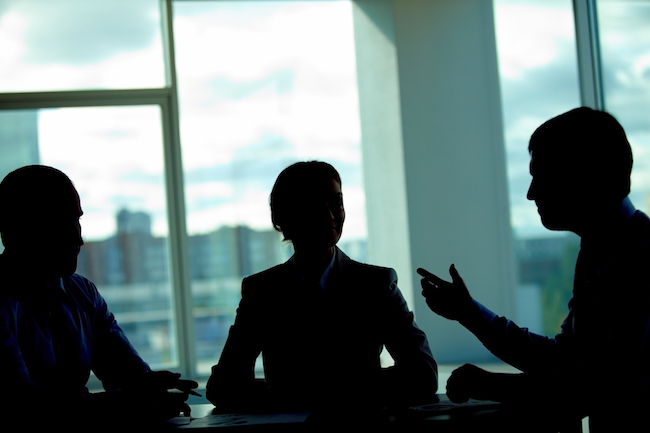 Working in an office is oddly the same as working in the field of espionage. There are allies, enemies, allies who could become enemies and vice versa. There’s also intense negotiation to get more money, a more prominent title and not get fired if anything goes wrong.

“The key to success in business or espionage,” explains John Braddock, author of A Spy’s Guide to Thinking, “is knowing the decision-makers and the type of games they want to play with you.”

Braddock was a case officer for the CIA and developed, recruited and handled sources on weapons proliferation, counter-terrorism, and political-military issues. After retiring from the CIA, Braddock worked as a university research fellow. When he’s not penning books on spy techniques, he works as a strategy consultant.

These games Braddock is referring to have nothing to do with team building or beer pong during happy hour. They’re called Positive-Sum and Zero-Sum games, and they’re identical to the tactics spies use to get what they want without compromising their mission or possibly getting themselves killed.

Positive-Sum games refer to situations “in which the total of gains and losses are greater than zero.” A positive sum occurs when an approach is formulated in which the needs of everyone involved are satisfied. Zero-Sum Games are win-lose and not always voluntary, where one side can only win what the other side loses.

To understand which games to play, and the possible outcomes, an individual must first take a step back and analyze how things work around the office.

“If you’re part of a company,” Braddock explains, “then there’s a hierarchy involved. Certain people make decisions. If you’re not one of them and want to become a decision-maker, then you start a Zero-Sum Game to take the decision power away. If you get more power over a company’s decisions, the other people lose power.”

RELATED: Doing This ‘Fake Work’ Is Going To Detour Your Path To The Top

Navigating the office culture is also vital to winning either game, Braddock says, and often a person must play several Positive-Sum games to win the bigger Zero-Sum game.

Braddock also points out that it’s crucial to remember you’re not the only person playing the games and you might not even realize you’re already participating in one at this very moment.

“The best way to win the Zero-Sum Game of office politics is to play the Positive-Sum Game of alliance-building.”

“There are many ways to tell if someone wants to play a Positive-Sum Game or Zero-Sum Game with you. One way is to look at their opening offer.”

If the outcome is in favor of both parties, it’s Positive-Sum. If the result is you on the short end, you might want to start coming up with a strategy of your own.

“You decide whether you want to play that type of game with them. Or whether you want to change the game by bringing in new allies or making a different offer or persuading the other side that there’s more to gain through a Positive-Sum Game with you than a Zero-Sum Game.”

If this is all confusing, Braddock offers this simple advice when it comes to advancing in your career. “You want to be prepared for both games, but you’re better off if in business if you can play more Positive-Sum Games.”