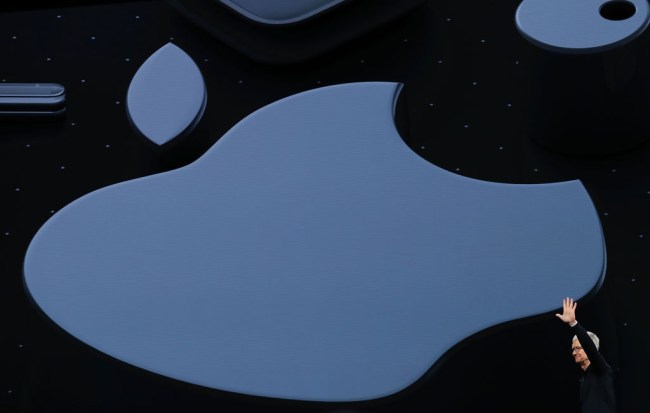 This week in Finance News That Will Make You Feel Poor, we peer into the bank account of Apple CEO Tim Cook.

The 57-year-old Cook recently cashed in $121 million in stock options as part of a giant stock award dating back to 2011 when he filled Steve Jobs’ spot as CEO. Just weeks after Apple became the first United States company to break the $1 trillion valuation mark, Cook was granted 560,000 shares worth $121 million before tax.

If it makes you feel any less poor, according to Yahoo Finance, $63.7 million (more than half) of the options were withheld for taxes. Cook took home a measly $57.3 million, a solid addition to his $3 annual salary.

If you think Cook is living the Dan Bilzerian lifestyle with all his riches, you couldn’t be further from the truth. The son of a shipyard worker and pharmacy employee, Cook has learned to live a frugal life. He still waits for the Nordstrom semi-annual sale to buy discounted underwear.

“I like to be reminded of where I came from, and putting myself in modest surroundings helps me do that,” Cook said. “Money is not a motivator for me.”

When he dies, Cook says he plans to donate all his money to charity, as he is not married and has no children.