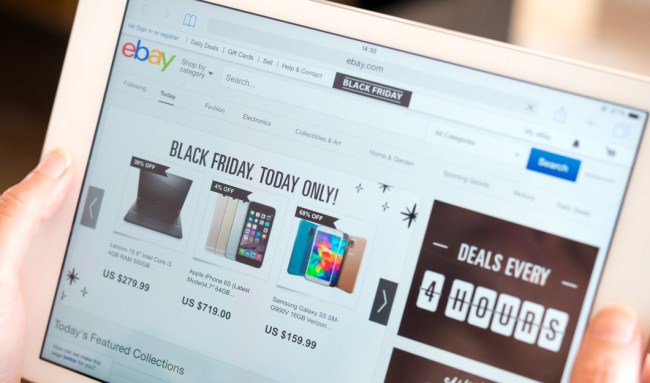 Tuesday had its share of good news and bad news for eBay. The good news? Shares rose more than 6%. The bad news? The reason the shares rose …

Unsurprisingly, Singer and Co. dropped the not so subtly titled “Enhancing eBay Plan,” because who understands a complex e-commerce behemoth better than a bunch of hedge fund managers?

Singer’s plan to shoot first and ask questions later includes a slew of demands. First and foremost: divesting eBay’s StubHub and Classifieds division. Elliot also thinks that leadership could use a shakeup.

Elliot isn’t the only activist investor ready to go H.A.M. on eBay. Starboard has also built a stake in the power seller of useless sh*t and has gone all “why didn’t we think of that,” agreeing with many of Elliot’s proposed changes.

Of course, eBay’s board is no stranger to being told how to do its job. In 2014 the company spun off PayPal at the urging of Carl Icahn.

Viacom, the owner of VH1, Comedy Central and MTV is continuing its, albeit fractured, foray into streaming services with a $340M all-cash deal for Pluto TV.

In the simplest terms, Pluto TV is Netflix for people without access to a friend’s Netflix password. Read: it’s a free, ad-supported streaming option with more than 12M monthly active users (… all of whom I don’t know).

The site and app feature an all you can eat buffet of mediocre movies, TV shows and channels like ‘Cats 24/7’ and a dedicated ‘Dog the Bounty Hunter’ station. That said, it appears to be a darling among investors having raised $52M from the likes of Samsung and Scripps.

Go freemium. Well kinda. The hope is that by adding the streamer to its stable it can get users excited about and hooked on its paid services like Comedy Central Now. A gateway drug if you will. Viacom will also allow carriers like Comcast to offer the app as a value add to its customers.

Viacom plans to add content from its current library but the company will remain independent. No word on how Pluto TV might fit into a combined CBS-Viacom should a rumored re-merger go down in 2019.