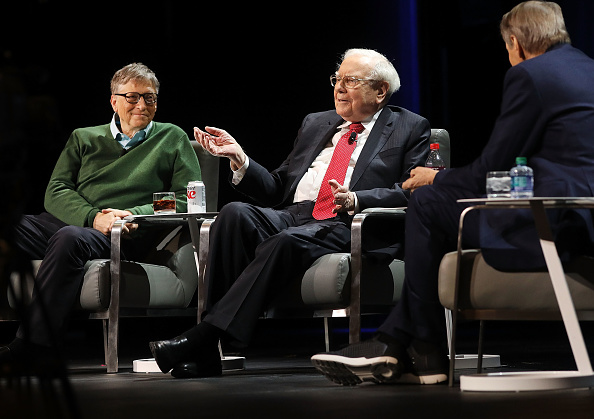 Berkshire Hathaway CEO Warren Buffett has a net worth of more than $87 billion and would be in the running for the title of the wealthiest person in the world if he didn’t give away more than $27 billion in the last decade. In 2008, Forbes named Buffett as the world’s top billionaire after adjusting his wealth for inflation. Warren, known as the “Oracle of Omaha,” is famous for his frugal ways such as living in a modest house that is valued at .001% of his total wealth and spends $3.17 on his daily McDonald’s breakfast. The 87-year-old billionaire investor has a pearl of wisdom on the difference between successful people and really successful people.

Apple chairman, CEO, and co-founder Steve Jobs agreed with Buffett’s message about keeping your eyes on the prize. “People think focus means saying yes to the thing you’ve got to focus on,” Jobs said at the Apple Worldwide Developers’ Conference in 1997. “But that’s not what it means at all. It means saying no to the hundred other good ideas that there are. You have to pick carefully. I’m actually as proud of the things we haven’t done as the things I have done. Innovation is saying no to 1,000 things.” So take this valuable advice on success from these two business magnates and apply it to your life.