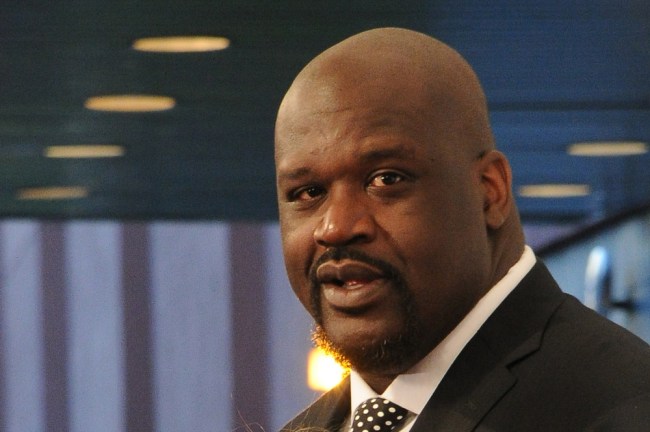 Shaq is the man. He’s been a celebrity for most of my life. Winning championships with the Lakers brought him immeasurable worldwide fame and money. His net worth is estimated to be somewhere in the region of $350 million which makes him one of the 10 wealthiest athletes in history.

You can still find Shaq in TV commercials pretty much all day every day if you’re flipping channels. The list of products that Shaq has pitched over the years is too long for one article. So I was actually a little surprised by what Shaq has to say below on why he turned down a sponsorship with Wheaties (twice) when they wanted to put him on the Wheaties cereal box after he won his first two NBA championships. Shaq spoke with Business Insider Video about what he looks for in a partnership:

Here’s text of what Shaq says in the video if you’d prefer to read instead of watch a YouTube clip (via Business Insider YouTube):

SHAQ: People look at them as endorsements. I look at them as partnerships. I’m very picky. If I’m not in tuned to the product, if I don’t like the product, I won’t do it.
I always tell the story about after I won my first championship, Wheaties wanted me to be on the cover. Never ate Wheaties so I turned them down. Second championship, same thing. I said hey, Breakfast of Champions, I know who you are, but I never eat Wheaties, I can’t do it. Then I told my people, call Frosted Flakes or Fruit Loops, I’ll be on the cover of that.
I turned a lot of deals down because I’m an old school guy. I’m on the handshaking principles. So I don’t want to take your money if I’m not really in tune to what you’re selling. Think about it. Gold Bond, everybody needs lotion, right? All these hard-working American people your back gets sore, Icy Hot. Everyone needs home security, right? Everyone needs affordable car insurance. That’s why I go with The General.
So I don’t look at it as endorsements. I look at them as partnerships. (via)

After seeing what Shaq has to say below, part of me is like ‘wow, Shaq really has a level head about this stuff’ but then I remember how he sold his rights to all future business endeavors a few years ago without even knowing what he’d be promoting. Which seems like the exact opposite of what Shaq had to say above.