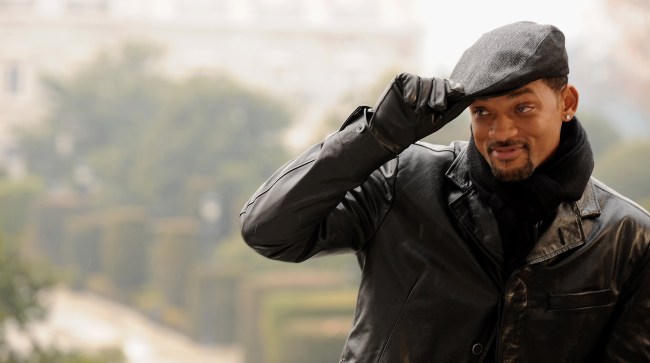 49-year-old Will Smith has had quite a life. After high school, Smith believes that he probably could have gotten into MIT, but instead chose to pursue a career in rap. We know how that turned out. He and DJ Jazzy Jeff’s debut single, “Girls Ain’t Nothing but Trouble” became a hit a month before he graduated from high school and off he went.

Then, after being nearly bankrupt in 1990 when the IRS went after him for a $2.8 million tax debt, Smith signed with NBC to star in The Fresh Prince of Bel-Air. We know how that turned out.

Following that, Smith’s goal was to become “the biggest movie star in the world.” So when he was in a room with Sylvester Stallone, Bruce Willis and Arnold Schwarzenegger, he asked them how to achieve it. Schwarzenegger gave him a response Smith says he will never forget and guess what? His movies have grossed over $7.5 billion at the box office worldwide and inspired other talent like Kevin Hart to try to do the same.

“Following your lead @willsmith #Legend #Mood #Mindset #Global #ImOnMyWay #International #iWantItall,” Hart captioned the video, where Smith said, among many other inspiration things, “It’s hugely important that if you have a dream, that you have to dedicate your life to it and every hour of every day has to be dedicated to bringing into fruition the things that you dream about.”

And now, once again taking advantage of his new presence on Instagram, Smith once again shared some advice for life. This time the topic was how he deals with failure (transcript via Distractify).

“When you go to the gym and you work out, you’re actually seeking failure. You want to take your muscles to the point where you seek failure because that’s where the adaptation is. That’s where growth is. Successful people fail a lot. They fail a whole lot more than they succeed. They extract the lessons from the failure and they use the energy and wisdom to come around to the next phase of success.”

Needless to say, after hearing that motivational speech, people were ready to run through a brick wall to achieve success in life.

Exactly what I needed to hear before the start of a semester. Thank you fresh prince 🙏🏽

After 40 years in Sales- Will Smith nailed it. Fail and bounce back is the key to getting better everyday. Learn. Be positive. Repeat. People have always asked me about rejection. This Is The Answer.

Smith is right this really helped me

Damn this is the best thing I ever heard

Will Smith is everyone’s dad now 💭