With news that Anna Kournikova might never get married we thought for this week’s “Throwback Thursday” we’d take a look back at her glory days and see what she’s been up to lately.

Click on to see Anna Kournikova the way we remember her.

Hard to believe, but it was way back in the year 2000 that Anna reached the peak of her career being ranked #8 in the world despite the fact that she never won a singles title. Of course that lack of success did nothing to stop her from becoming one of the most searched people on the Internet during her time on the court.

She did reach #1 in doubles winning the Australian Open twice with Martina Hingis in 1999 and again in 2002, but after the 2003 season at the age of just 21 she retired from professional tennis due to back injuries.

After retirement Anna played a little for World Team Tennis and in exhibitions for several years, even playing doubles with Hingis as recently as 2010, the same year she first appeared on the The Biggest Loser on NBC. Currently she serves as Global Ambassador for Population Services International’s “Five & Alive” program. 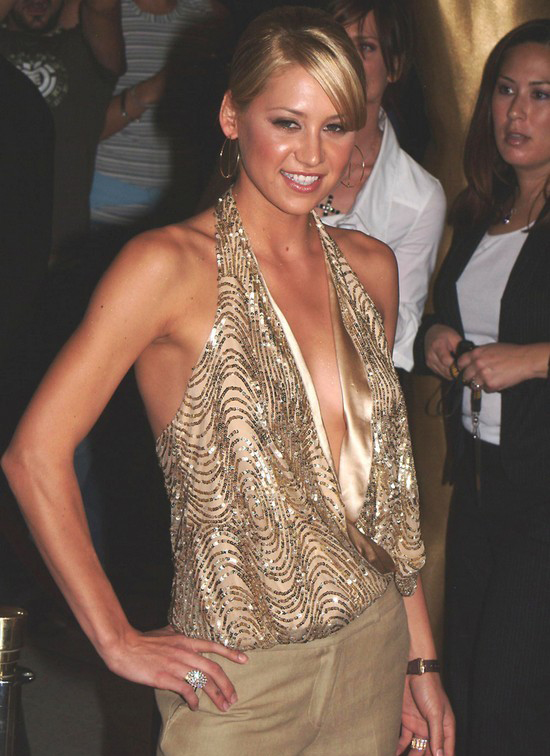 Now Check Out Stacy Keibler Then and Now