In Order To Make $100 On The Alabama Moneyline Over The Citadel, You Need To Bet A Stupid Amount 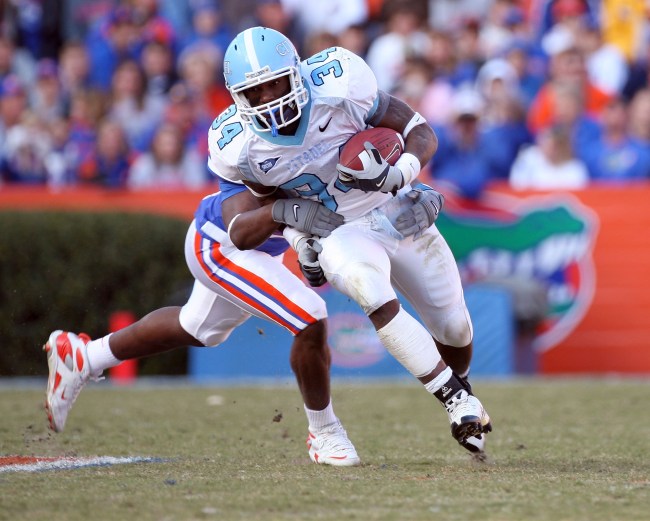 How much would you charge for someone to kick your ass. Like really kick it. For the Citadel Bulldogs football team, their price is $500,000, as that’s how much the program will get paid to square off against the number-1 ranked Alabama Crimson Tide.

The 3-5 Bulldogs of the Football Championship Subdivision are considered a 51.5-point underdogs against Bama, per VegasInsider.com. Seven touchdowns. As 247 Sports points out, comes at the hands of powerhouses such as  Wofford, Chattanooga, Towson, East Tennessee State and Furman. Bama averages a mind-bending 48.6 points per game and just embarrassed LSU 29-0.

Oddsmakers know this, that’s why this cartoonish bet on the moneyline has been released:

Want to make $100 betting the Alabama-Citadel game this weekend? Here's how much you'll have to bet on each moneyline to do so:

Three quarters of a million dollars to make enough to pay for taking my girlfriend out to Sunday brunch. Hard pass.

Citadel head coach Brent Thompson knows that the allure of the matchup is more important than actually winning it.

“These kinds of games have always been a selling point for us. “Our South Carolina kids like going to play at Clemson and at South Carolina, and they know they are always going to have the opportunity to play somebody like that — a school that might not have recruited you, but you get to play a game there.

“Now, we have a shot at playing in a stadium that everybody knows, and we can go out and recruit and tell the kids, we’re going to play at Alabama. You get a little bit of a different reaction when you are playing one of the best programs in the country.”

Hey, don’t count Citadel out just yet. You may remember in 2015 they knocked off South Carolina to secure its first  first over an FBS team in 27 games. DON’T SLEEP ON THE BULLDOGS!