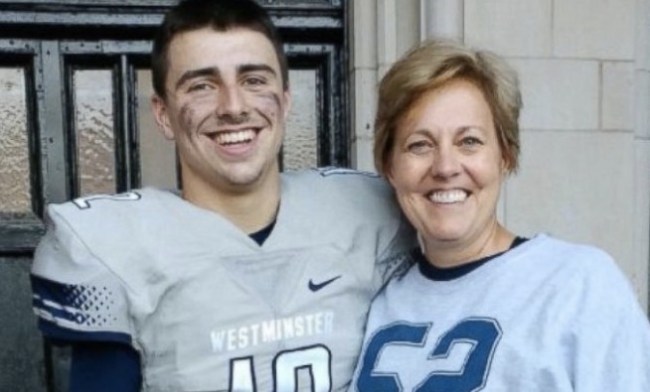 Care packages are one of the best parts about living in the dorms. It’s a time in life when you’re broke because you’re taking a full course load and are years away from entering the workforce full-time. Chances are you’re getting all of your meals from a meal plan, and this leaves a very minimal amount of $$$ leftover for your parents to put in your bank account for extraneous activities. So when the care package arrives with all of the comforts of home that you can’t afford to purchase yourself it can feel like Christmas morning, or at least that was my experience.

Thought my mom was sending me a care package… but instead she sent me a box of trash i was supposed to take out. pic.twitter.com/UetdT5UoVP

Cox, who is originally from Leonardtown, Maryland, immediately called his mother Terri to ask what was with the box of trash.
“[I said] ‘Did you send me the wrong package? Why did you send me this?'” Cox said.
“[She said,] ‘No, that’s the trash you were supposed to take out,'” he added, laughing.
Cox, who is studying criminal justice, said he laughed hysterically about the gag gift, then tweeted a photo of the package, which quickly went viral.
The college student said he wasn’t surprised that his mom pranked him.
“She has a good sense of humor,” Cox said. “She’s always really caring and she knows what to say at the exact time she should say it. She’s a good mom.” 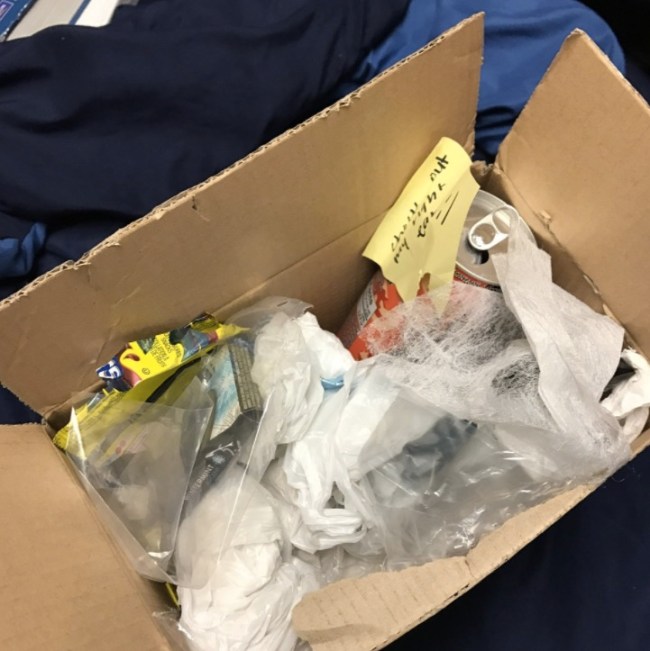 In the real world there are rules, and if those rules aren’t followed then there are consequences. Connor Cox (@thedeal_5 on Twitter) learned that when it’s his job to take out the trash and he fails to do so then he’s going to look like a complete jabroni when mama dukes clowns all over him. Next time he’ll be taking out the trash when his mother asks, and thus a lesson was learned.

Connor’s been a great sport about his story going viral, as he should because it’s probably the only time in history that a care package has been worth writing about online.