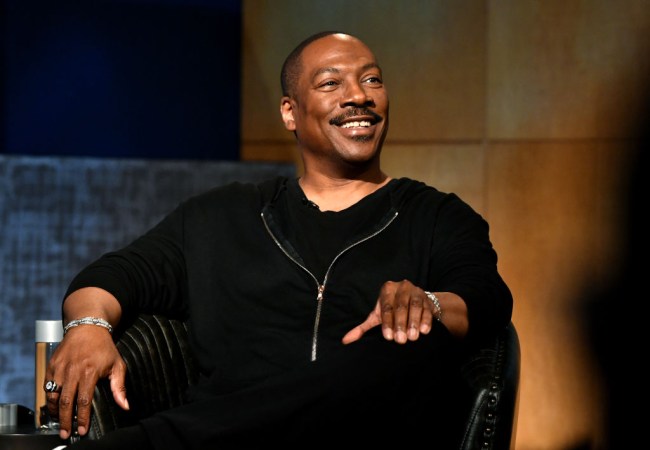 Eddie Murphy doesn’t just want to party all the time, he also wants to make music all of the time. In a new interview, Eddie Murphy reveals that he never stopped making music.

Murphy is starring in Dolemite Is My Name, a new Netflix biography coming out on October 25th about filmmaker Rudy Ray Moore who was best known for his character Dolemite from blaxploitation films of the 1970s. Eddie Murphy appeared on the Present Company podcast for Netflix with Krista Smith.

“A hundred years from now, when I’m gone, they’ll find all these tracks and they’ll be like, ‘Wow, we didn’t even know this guy. We had no idea,’” Murphy said.

“Whatever muscle I use to be funny, I have a muscle to do music, and I use them both all the time, I’ve never stopped doing music,” Murphy said. “But, I stopped putting it out though, because the audience gets weirded out by it. And I don’t want to be that guy.”

The comedic actor had a hit song in 1985 with Party All the Time, which was produced by Rick James. The comedian also had 80s songs including Put Your Mouth On Me, Boogie in Your Butt and Enough Is Enough.

In the 1990s, he performed in a music video of the single Whatzupwitu featuring Michael Jackson and I Was a King, a collabo with reggae star Shabba Ranks.

In 2013, Murphy teamed up with Snoop Lion AKA Snoop Dogg for the reggae song Red Light.

In other Eddie Murphy news, he makes his triumphant return to Saturday Night Live this season. Murphy starred on SNL from 1980 to 1984. and made himself a household name with his brilliant comedy and characters.

Murphy has only appeared on Saturday Night Live once since his departure, and that was to be part of SNL’s 40th-anniversary special. There is no musical guest named for the December 21st SNL episode, so could Eddie be releasing some of his music that he has been producing?

Live from your timeline, we’ve got some news. #SNL pic.twitter.com/7HrcoM8OPg