Michigan State University Has Banned Whiteboards On Dorm Doors, Because Everyone Is A Snowflake 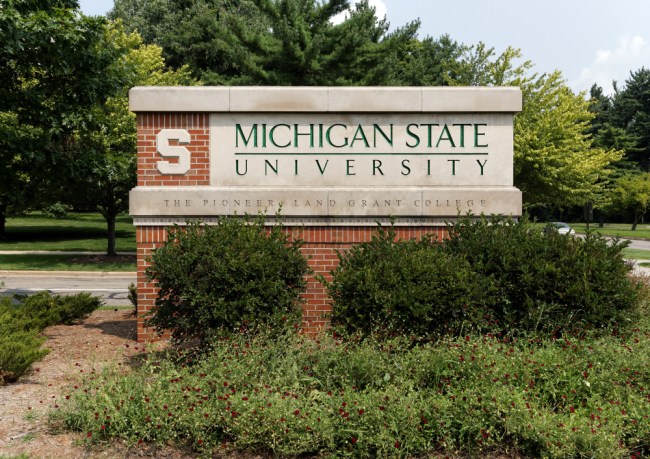 Here is another sign of the times… Rather than trying to find and discipline people who are drawing dick picks and racial slurs on whiteboards, Michigan State University is just banning them altogether from dorm room doors. First, a dick pic has never hurt anyone; nothing more hilarious than coming home to see a veined-out hog drawn on your whiteboard. Second, if racial slurs, and racism in general, are really an issue at MSU, then banning whiteboards is like putting a band-aid on a bullet wound; you have kind of addressed the problem, but not really.

The university will ban the whiteboards from students’ doors this fall, in an effort to cut down on the number of negative, anonymous messages left outside dorm rooms.

“In any given month, there are several incidents like this. There was no one incident that was the straw that broke the camel’s back,” said Kat Cooper, director of University Residential Services Communications. “Sometimes these things are racial, sometimes they’re sexual in nature. There are all sorts of things that happen.”

Some students said banning whiteboards from doors is unnecessary.

“People are going to say things no matter what, whether it’s to their faces or on a whiteboard, it’s just something you can’t always control,” said Sofia Sokansanj, a university freshman.

She added that the boards typically are viewed as a way to encourage others and bring lightheartedness to the dorm.

Officials acknowledge that the ban likely will not dissuade people determined to leave harmful messages through other avenues. Instead, eliminating the boards is meant to address impulsive scribbles.

It’s nice to see that they fully acknowledge the fact that this ban will probably not change anything. In fact, I would argue that even going through with it will make the same people want to says “fuck you” to the administration and start drawing cocks and swastikas (or whatever else they’re drawing) all over permanent fixtures.

I can see the future headline now: Michigan State University Continues To Not Address The Actual Problem By Bringing Back Whiteboards In An Effort To Stop People From Drawing Permanent Dick Pics All Over Dorm Doors And Hallways. That’s a long headline. I will have to workshop the shit out of that for when the day finally comes.