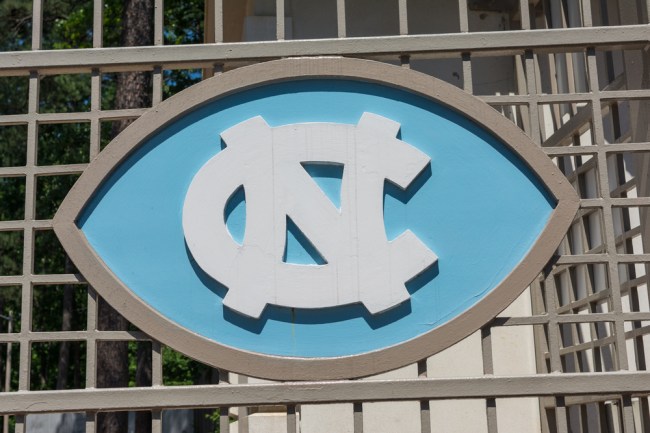 House Bill 728 was filed by North Carolina lawmakers on Tuesday, and it’s in response to the controversial House Bill 2 which prompted the ACC to pull their tournaments/championships out of the state of North Carolina. This bill would give lawmakers the power to bull North Carolina colleges out of the Atlantic Coast Conference if such a scenario were to ever happen again.

North Carolina’s House Bill 2 has since been repealed, but a group of Republican lawmakers is still salty over the ACC pulling playoffs and championships out of N.C. so they’ve filed House Bill 728 to prevent the ACC from taking a stand against bigotry in the future or risk losing top tier programs:

“We’re taking this seriously and we’re not going to sit back idly and let them do whatever they want to North Carolina,” said Rep. Mark Brody, a Republican from Union County.
House Bill 728 says if an intercollegiate athletic association boycotts North Carolina, then the UNC campuses that are a part of that conference are prohibited from extending the grant of media rights to that conference.
The bill also says the UNC campuses would provide written notice to the conference they intend to leave it when those media rights expire.
“This is a payback bill from people who supported House Bill 2,” said Rep. Graig Meyer (D-Orange).
For the students we spoke with, they don’t want to see their schools leave the ACC.
“I don’t know what the ACC would mean without Carolina,” said UNC student Laura Roberson.
”I would not want to leave the ACC. I would love to stay in the ACC. I wouldn’t want to see any program in the ACC right now leave the ACC,” said N.C. State student Devon Wilcox. (via WNCN)

Grand conspiracy from Duke University to kick UNC out of the ACC forever? Nah.

The same lawmakers who are butthurt over the repeal of their beloved House Bill 2 are now pushing this bill, and they’re doing it by holding student’s love of college sports hostage. UNC and NC State are vital members of the ACC both on the football field and in basketball (and many other sports).

These legislators resent the fact that the ACC was able to aid in forcing the repeal of House Bill 2, a deal that enabled discrimination on a widespread scale. So they’re trying to lay the foundation for a power struggle in the future if the ACC were to ever make a stand again.

This House Bill 728 is complete bullshit. And from what I’ve gathered there’s not a good chance it will pass. But, you can read up on the bill HERE on WNCN.com to see how ass backwards this thing is.