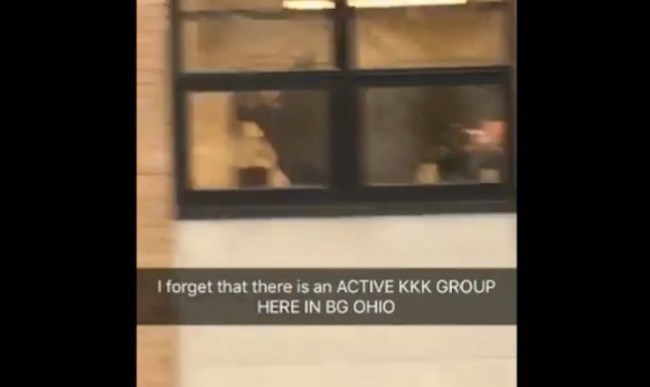 I haven’t been on a college campus in a hot minute but I’m told that they’re ready to explode with Conservative and Liberal tension reaching a fever pitch, unlike anything America’s seen since the 1960’s. Students are so tightly wound the tiniest catalyst can cause a nuclear reaction.

Case in point, this Bowling Green student who tweeted a video claiming there was an ‘ACTIVE KKK Group’ on campus, and calling for Bowling Green President Mary Ellen Mazey to take action…The student then got absolutely owned.

Firstly, here’s that video which appears to have been filmed using a potato:

There's been an ACTIVE KKK group in Bowling Green, OH since 1922. @bgsu @PresidentMazey soo, how does this promote diversity &a inclusion?? pic.twitter.com/bmoA66Rt0O

Aaaaaaaand here’s Bowling Green President Mary Ellen Mazey responding to the student with pictures of what was actually inside of that classroom, pictures taken after she conducted an investigation into the matter:

Thanks for sharing, @autumpatrice. We looked into this. We discovered it's a cover on a piece of lab equipment. pic.twitter.com/plkQTBr9HC

Yup, that’s a piece of plastic hanging on a desk: 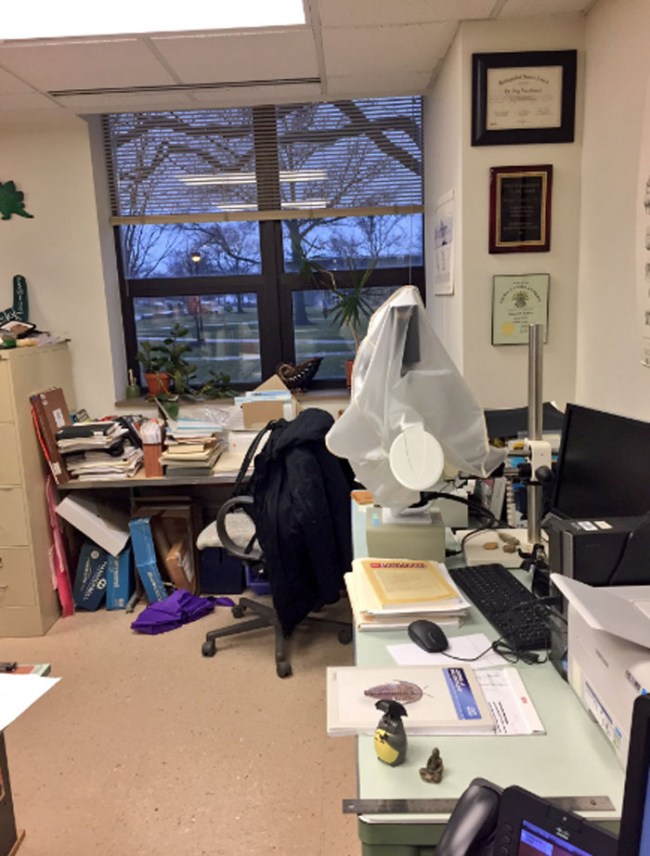 The student acknowledged she was wrong, but didn’t really seem to have a sense of how massive of a calamity they could’ve caused for the university over ABSO-FUCKING-LUTELY NOTHING:

@PresidentMazey Thnk u so much for clarifying what this was! even tho the hate group still exists in BG I'm glad this WASN'T what I thought!

The KKK is amongst the most detestable hate groups in America, and I shouldn’t even have to say this because it should be common sense. But stirring up shit on campus over absolutely nothing can lead to some serious consequences. So it’ll be interesting to see how Bowling Green handles this, or if the student even leaves up their video showing a plastic cover on piece of desk equipment.