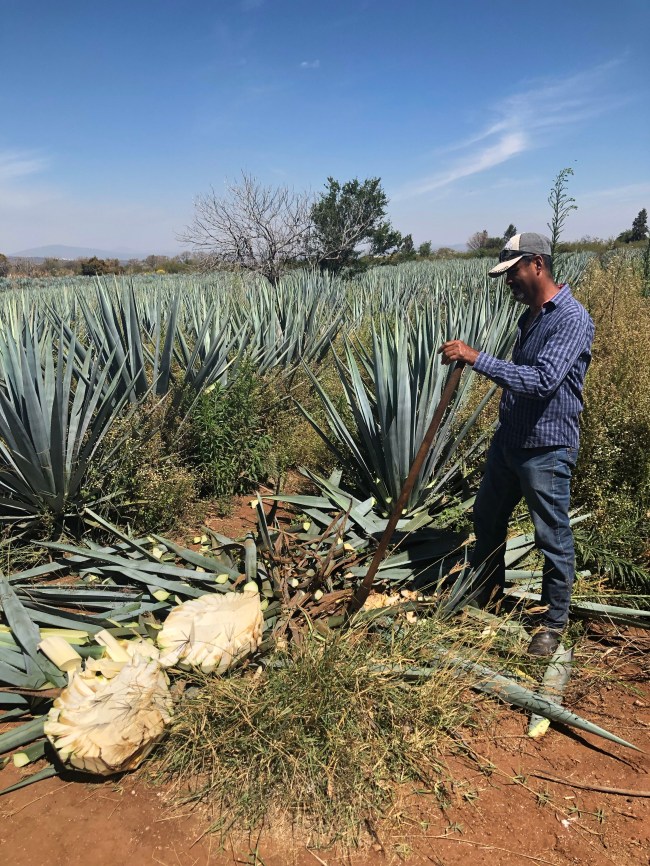 Anyone who has been telling you to make use of your extensive quarantine time needs to shut up. We’re in the middle of an international crisis; it’s hard enough to concentrate on your own job while the unknown unfolds — anything additional to staying indoors and mitigating your contact with other people is something to be applauded.

On that note, a fun, time-killing activity (aside from mixing drinks) that won’t utterly exhaust your mental reserves can include planning your vacations or trips when we’re allowed to travel again.

Apart from the wanderlust that accompanies being stuck indoors, it’s not a bad idea to plan to travel and spend your money where other people have been affected and can use your patronage.

A week before **gestures at all this**, I went on a trip to Guadalajara, Mexico, with the team from Tanteo Tequila. After a few days there, I was convinced this inexpensive destination is perfect for a boys’ trip, bachelor party, or place to decompress that’s off the beaten track (…like Mexico City). 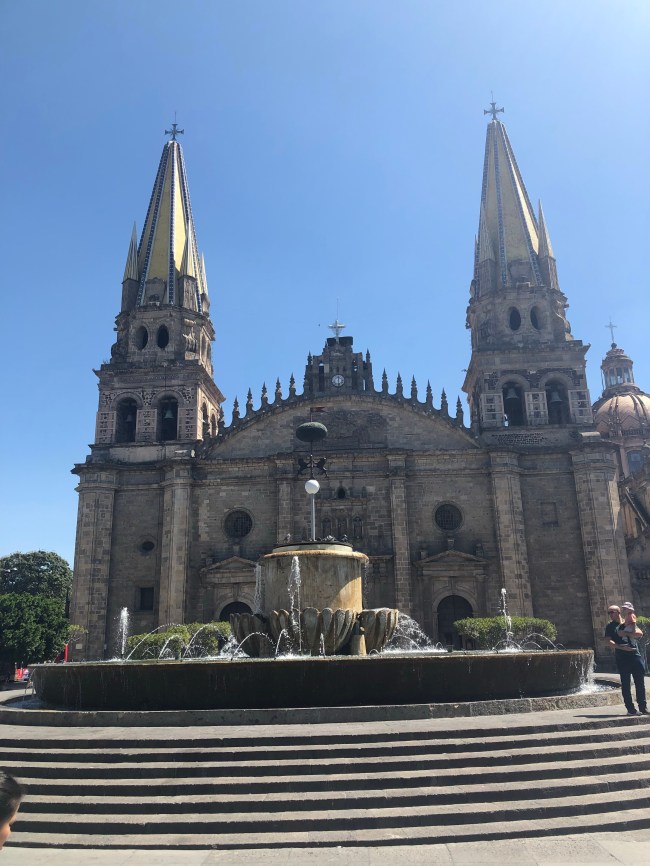 Here’s why you should make the trip yourself, when it’s cool to go places again.

The food in Guadalajara is not to be missed and, honestly, is worth the trip in itself. Everything from street vendors to Michelin starred restaurants will deliver you some of the best authentic Mexican food you’ve ever had in your life. Drunk street cart tacos in their natural habitat should be on everyone’s bucket list, and I’m still dreaming of my tequila sodas paired with chorizo, steak, and chicken everything. Was I ever so young??? (A month ago.) 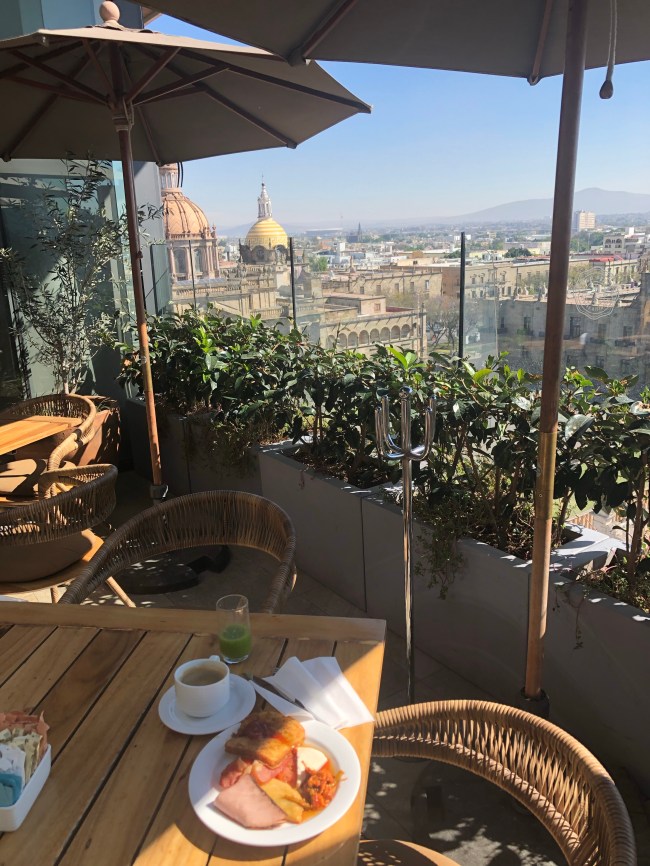 The Lucha libre matches were undoubtedly one of the more entertaining things I’ve ever seen. Each subsequent round became more insane in their characters, groups of fighters, and storylines that accompanied them. They deliver drinks and food to your seats, and as someone who’s even admittedly not usually a fan of wrestling was THOROUGHLY entertained and would go back in a heartbeat. 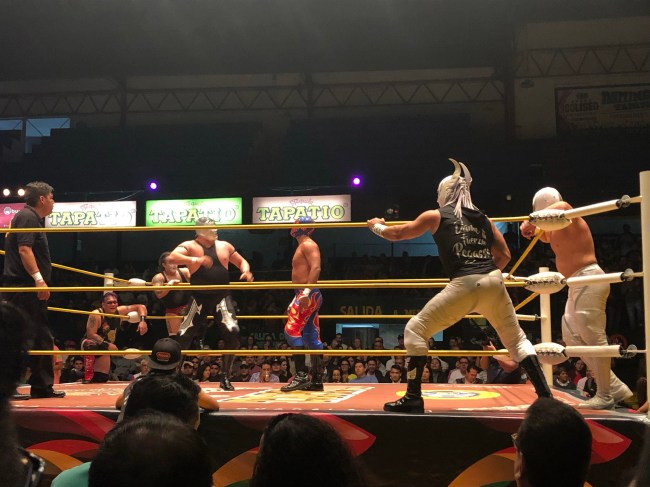 In addition to drinking copious amounts of tequila and beer in historic, century-old bars filled with locals, you can visit a number of beautiful cathedrals like Templo Expiatorio del Santísimo Sacramento or the Guadalajara Cathedral. The expansive San Juan de Dios market is also free and filled with all the food, crafts, and souvenirs you could ever ask for.

The surrounding towns are home to tequila distilleries, and I got to check out the Tanteo Tequila distillery in Jalisco. We watched as some agaves were harvested, cooked in a brick oven, double-distilled, and infused with jalapeño, chipotle and habanero. The tequila industry is historically run by a few wealthy patriarchal Mexican families who have been conducting business the same way for many years, but Tanteo is in the only distillery owned by its co-op of agave farmers, so the farmers have more control over their wares.

Before the Tanteo Tequila distillery’s arrival, Juanacatlán had fallen on hard times, and residents had to travel long distances to find work and support their families. The distillery not only supplies employment but emphasizes hiring single mothers and widows who really need the work.

Because Tanteo buys their agaves from the co-op members, they can have more stable pricing, which allows them to cook their agaves in brick ovens and not a diffuser or Autoclave. This allows for higher quality and better taste, which explains how I, a normal lightweight, have never gotten a hangover from it. 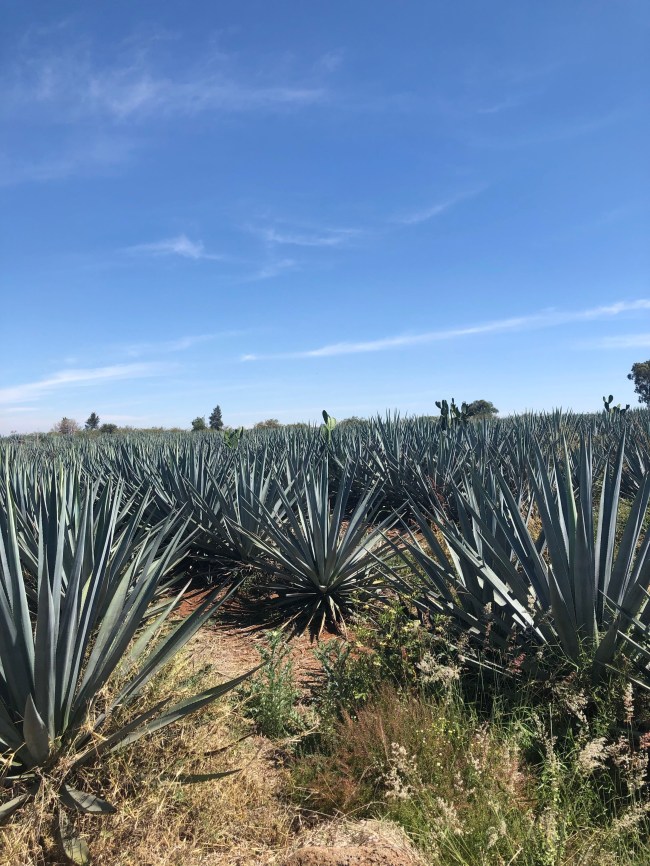 If you’re in the NYC area and craving quality drinks while in quarantine, Tanteo Tequila + The Wayland cocktail bar in East Village and a cocktail catering service called Cocktails in Motion have created Party in Place, an all-inclusive, delivery margarita party package benefiting hospitality workers via The LEE Initiative.

The package includes a full bottle of Tanteo Tequila, artisanal mixers, garnishes plus a bag of chips. You can check it out here.

Stay safe out there, and remember this isn’t forever.

We’ll all get through this and hopefully see you in Mexico.