University Of Washington Declares That Proper Grammar Is ‘Racist’ 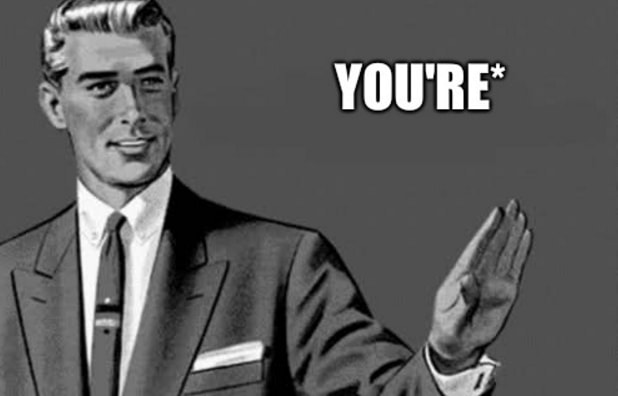 When you’re writing a college essay on how Doris Lessing’s novel “Children of Violence” predicted the future and became a reality for many people, you ensure that all of your punctuation, mechanics, and grammar are used correctly. You put in the effort to verify that there were no dangling modifiers, sentence fragments, and improper ellipses. That is because this is part of your education that you and/or your parents are paying exorbitant amounts of money for. This is your future. This isn’t some emoji-filled text you’re sending to a girl who you met on Tinder. However, you’re proper grammar and punctuation are racist according to the University of Washington.

The Writing Center at the University of Washington is telling students that expecting people to use proper grammar perpetuates racism and “unjust language structures.”

The Tacoma Writing Center put out a press release titled “Statement on Antiracist and Social Justice Work in the Writing Center.”

The writing center works from several important beliefs that are crucial to helping writers write and succeed in a racist society. The racist conditions of our society are not simply a matter of bias or prejudice that some people hold. In fact, most racism, for instance, is not accomplished through intent. Racism is the normal condition of things. Racism is pervasive. It is in the systems, structures, rules, languages, expectations, and guidelines that make up our classes, school, and society. For example, linguistic and writing research has shown clearly for many decades that there is no inherent “standard” of English. Language is constantly changing. These two facts make it very difficult to justify placing people in hierarchies or restricting opportunities and privileges because of the way people communicate in particular versions of English.

Because we all live, work, learn, and communicate within such racist systems, the consultants in the writing center assume that a big part of our job is to help students become more critical of these unjust language structures as they affect students’ writing and the judgment of that writing. In particular, being aware of racism as structural offers students the best chances to develop as writers and succeed on their own terms in an inherently racist society.

Furthermore, by acknowledging and critiquing the systemic racism that forms parts of UWT and the languages and literacies expected in it, students and writing center consultants can cultivate a more socially just future for everyone. Just avoiding racism is not enough because it means we are doing nothing to stop racism at large, and it amounts to allowing racism to continue.

Since there is no inherent standard of English you may now write your term paper on the Libyan civil war simply by saying, “Muammar Gaddafi SMH.”

The center also listed several “commitments” that they promise to achieve including:

If grammar is a social construct that is racist, why stop there? If you’re writing a college thesis why should it have a minimum word count? Maybe you feel like word counts are unjust work structures and you feel as though you can communicate your message in 191 words.

“It is a founding assumption that, if believed, one must act differently than we, the institution and its agents, have up to this point,” said Dr. Asoa Inoue, the university’s Writing Center Director, as reported by Breitbart. “While overt racism is usually easily identified, more elusive are microaggressions, forms of degradation which manifest on a subconscious and casual level. As the statement reads “Racism is pervasive. It is in the systems, structures, rules, languages, expectations, and guidelines that make up our classes, school, and society.”

“[The statement] is a great example of how we are striving to act against racism,” said Dr. Jill Purdy, Tacoma’s vice chancellor of undergraduate affairs The Daily Caller reported. “Language is the bridge between ideas and action, so how we use words has a lot of influence on what we think and do.”

It would appear that lowering the standards of proper grammar that have been around for centuries because you don’t believe that your students are capable of utilizing proper grammar seems rather racist.