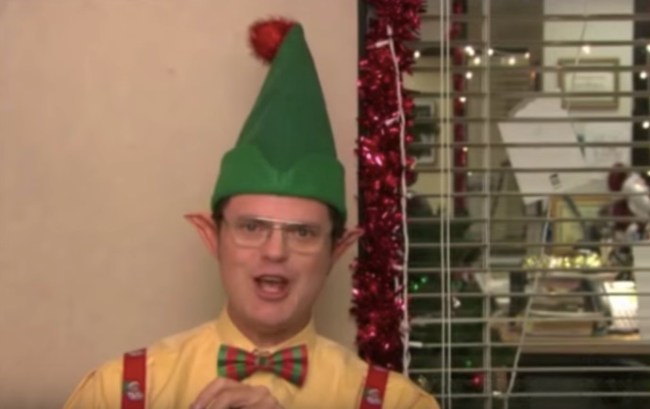 I can’t tell you how many memes and tweets I’ve seen to the effect of ‘the only reason I pay for Netflix is to watch The Office on repeat’ or how a Netflix subscription is basically another way of saying you’re permanently rending The Office on DVD.

To pay homage to one of NBC’s greatest comedies, YouTuber Estelle Grignon created this incredible compilation which stitches together 1-second from every single episode of The Office, all 188 episodes.

By the way, there’s another clip below for all you fans of The Office out there that’s the very best of Ryan and Kelly (Mindy Kaling and BJ Novak) and I’ll be honest, I enjoyed that clip just as much as this compilation of 1-second moments:

I drove from upstate New York to South Florida last weekend and listened to Marc Maron’s WTF Podcast the entire drive. Somewhere around South Georgia, I listened to the episode with Mindy Kaling who was an actress in 161 episodes and she wrote 22 episodes herself.

She didn’t share too many behind-the-scenes stories from the show she did talk about how each episode got written which I’d never actually heard a TVwriter discuss in detail. I suggest giving that a listen after you check out this glorious clip below.

I’ve been walking down memory lane recently watching old episodes of The Office before passing out at night and it’s amazing how much this show holds up but I guess it really wasn’t long ago at all when the show went off the air, and the show didn’t really jump the shark after Steve Carrell left.

It wasn’t until Andy Bernard played by Ed Helms took a dark turn that the show began to lose the magic. After that, the show got pretty dark in some unexpected ways.

READ NEXT: Someone Spotted Toby From ‘The Office’ Working Out At The Gym And I Don’t Think He Ever Breaks Character