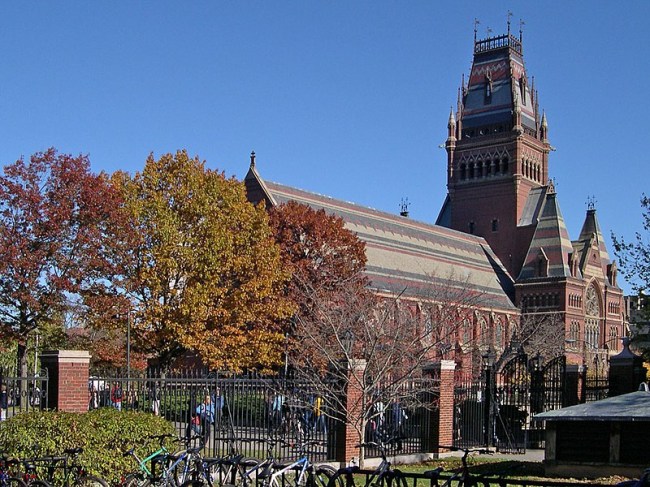 Braxton Moral is a stable genius. The gifted kid will graduate from Harvard University 11 days after he graduates from high school at the age of 17. What were you doing at 17-years-old? Pulling pranks on your friend by hiding a fish stick in his locker? Trying to explain to your mom why all of your socks have the stiffness of plaster? Hitting on Jenna from your algebra class by unironically calling her “m’lady?”

Braxton Moral, a 17-year-old from Kansas, will be graduating from Harvard University on May 30, 2019, that’s 11 days after he graduated from Ulysses High School in western Kansas. Which sucks for our boy Braxton because that’s like having your birthday a few days after Christmas.

How much does it suck to be one of Braxton’s friends who are having their high school graduation parties around the same time and then they have to tell their parents that they’re going to a fellow classmate’s graduation party, not for high school but for getting a degree from Harvard University. Que mom for the “Why can’t you be more like Braxton” line.

Braxton took his first Harvard class when he was 11-years-old. Moral was able to graduate Harvard by taking about 16 online credit hours from Harvard each semester. Then for two summers, he took a few Harvard classes on the campus of the elite learning institution in Cambridge, Massachusetts. Braxton earned a bachelor of arts in government and a minor in English from the Ivy League school.

“I’ve been going to Harvard now half as long as I’ve been going to regular school, so it’s really become a part of my life,” Braxton said in December. “To see the conclusion and the results and the rewards of that, it’s a really an exciting prospect for me.” Braxton is believed to be the first and only student to earn a high school diploma and a Harvard degree at the same time.

“It’s worked out pretty great, actually,” Braxton said in December. “This has allowed me to get an education and get a little bit ahead of the game while not losing out on any of the normal school stuff (including prom, tennis and student council).”

“I had this fearful dream of ending up this socially awkward person,” Braxton said. “I didn’t want to wake up one day and have no friends, so I decided to go with an experience that allowed me to have a normal life.”

Braxton even wrote a book to document his remarkable experience titled “Harvard in the Heartland,” and will be published in August. The book will explain how an “intellectually gifted boy from a small farming town in Western Kansas was able to break away from the constraints of a typical small-town education, and graduate from both a small rural Kansas high school and Harvard University Extension School at the same time.”

Congratulations Braxton! You got into Harvard and graduated without your parents having to pay off a rowing coach. Impressive in this day and age.