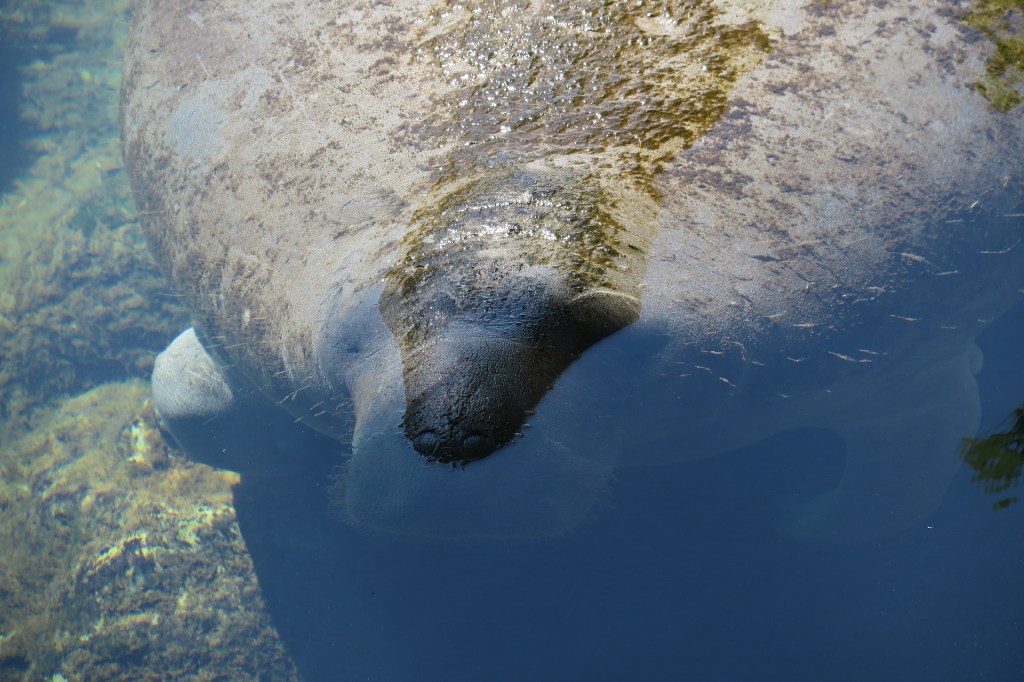 This is the most manatees I’ve ever seen anywhere at the same time in my entire life. My mind is blown right now. This drone footage was filmed about 30 minutes away from where I’m sitting right now and typing out this article. I cannot believe I was so close to seeing something like this in person but this event came and went and I was none the wiser until right now.

The most manatees I’ve ever seen in one place at a time was probably 30 or 40 together at Crystal River when I did a snorkeling trip there as a kid with my Boy Scouts troop. Manatees will huddle together around warm freshwater springs when Florida gets hit with cold fronts. Presumably, there’s something in this area around St. Pete where this was filmed (probably a powerplant) that warmed the water in that area a few degrees.

The YouTube video’s description lists the exact location as ‘the St. Pete side of Tampa Bay’ and it was published to YouTube on February 3rd. I’m trying to remember if it was cold here then but it’s 85-degrees outside right now and it’s hard to remember a time when it wasn’t hot even though it’s only been a few days of tropical temperatures.

I’m certain those dolphins know that manatees are the only creatures out there with zero natural predators and they didn’t feel threatened for an instant but I’m having trouble wondering how you could ever walk into a room of 170 identical-looking creatures and not be freaked out just a little bit.

Like, imagine turning the corner on a street and suddenly you see a family of 170 people who all have platinum blonde hair and piercing blue eyes. You’d be shook. It would seem weird. Why don’t those dolphins seem to recognize how peculiar their situation was?

I actually went fishing in that area just a few weeks ago (first weekend of January) right when a cold front hit with Capt. Ryan Harrington (check him out for charters in the area) and as we were heading back to the docks we were followed by a family of five dolphins who kept doing flips and summersaults in the wake of the boat. It was awesome. We didn’t see any manatees that day though.