An 18-Year-Old Won $1,000 A Week For Life After Buying Her First Lottery Ticket On Her Birthday 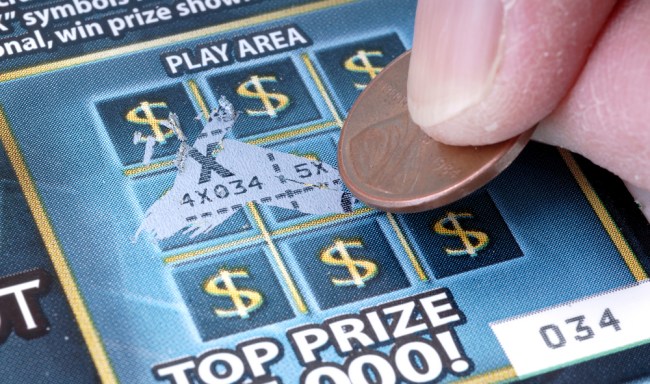 A lot of people celebrate their 18th birthday the same way: they buy a cigar that will probably make them vomit later on in the night, pick up a copy of Playboy to see what the hype about the articles is really all about, and buy a lottery ticket with the hopes of being able to pay off the massive amount of debt they’re probably about to shoulder. If you happen to live in a place where common sense reigns supreme, you can also pick up some alcohol and try it for what you will tell your parents is definitely the first time.

Quebec resident Charlie Lagarde did at least a couple of those things when she turned 18 earlier this month and picked up some champagne and a $4 scratch-off lottery ticket (the first she’d ever purchased) to celebrate. The statistically stupid decision turned out to be a brilliant move on her part, as she ended up winning $1,000 per week for the rest of her life.

According to CTV News, Lagarde was offered a lump sum of $780,000 Canadian dollars— which I’m still not sure is recognized as a legitimate currency in all countries— but decided to go with the weekly sum after talking with a financial advisor. A representative for the lottery explained the logic behind her decision, saying:

I mostly share this quote with you becaus I have read that statement at least a dozen times and still cannot figure out what the fuck the person who made it is talking about. Unless I was lied to by a teacher in elementary school, a year has 52 weeks, and unless I was lied to by the guy who does my taxes for me, the government tends to like to take away money as opposed to giving you more of it. I’d love to know where that number came fro.

Anyway, congratulations to Lagarde for being able to tell us all what it’ll be like when there’s a universal basic income.