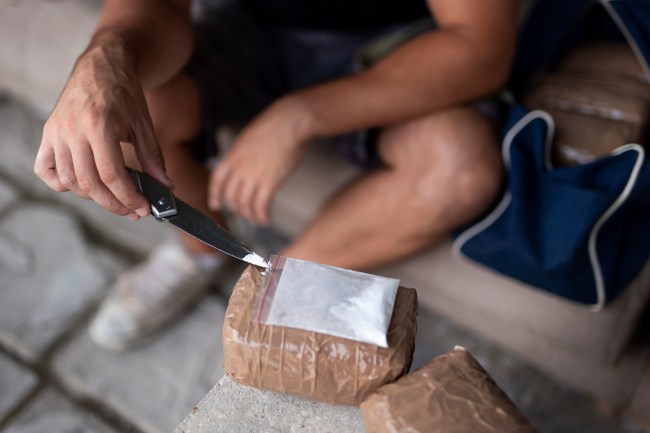 Hurricanes can cause some crazy things to wash up on the beach. The huge ‘storm surge’ pushes heavy waves and a ton of water up onto the sand and it’s not uncommon for drug smugglers to lose their cash crop in these storms.

Case in point, a family visiting Fripp Island in South Carolina’s Beaufort County who found an estimated $600,000 worth of cocaine that was dumped on the beach and authorities believe it was caused by Hurricane Dorian back in September.

The family found this metric shit-ton of blow on the beach and turned it over the cops and what I find pretty interesting is this area was actually a hotbed for drug running back in the day. So it’s unclear how far this cocaine traveled in the water to wind up on this beach or if things are active in that area once again.

A family visiting Fripp Island was on a moonlit stroll Sunday when they stumbled onto 20 kilos of cocaine floating in the surf, a Beaufort County Sheriff’s Office police report says.

The family told police they fished a large black object out of the water and, not yet knowing it was cocaine, placed it onto their golf cart.

After hauling the object to their vacation home, they ripped into the trash bag, untangled one of 20 bricks loose and plunged a knife into it, the police report says.

They decided to contact police after the knife revealed a white powdery substance.

A kilo of cocaine is valued at about $30,000, said Maj. Bob Bromage. The cocaine found Sunday night would total about $600,000, according to that estimate. “This is a major weight of cocaine,” Bromage said. (via The State)

The details of this story are a little strange to me and I’d have questions about the validity of the family’s story if the police weren’t involved. For starters, they were taking a ‘moonlight stroll’ along the beach. This isn’t unheard of but it is a little odd to walk the beach at night.

Next, they fished a huge black object out of the water. I’m not tenderfoot when it comes to sharks but that entire area around Beaufort and Hilton Head is FULL of sharks year-round and I’m not exactly going to rush into the water to fetch an unidentified object under the moonlight when it could be an animal carcass with a shark nearby.

In total, the bag they found would be valued at around $600,000. Often times these valuations are determined by using the ‘street price’ once these kilos are broken out and sold in smaller quantities versus the wholesale price.

A kilo of cocaine is valued at about $30,000, said Maj. Bob Bromage. The cocaine found Sunday night would total about $600,000, according to that estimate. “This is a major weight of cocaine,” Bromage said.
The Beaufort County Sheriff’s Office is investigating the origins of the cocaine, Bromage said Monday.
“Hurricane Dorian may have hastened its arrival,” he said. (via The State)

A family visiting Beaufort County was just cleaning up the water when they pulled a washed up bag off the coast… when they opened it and realized it was cocaine… they called authorities.
More on the quantity and origins of the drugs- tonight on @WTOC pic.twitter.com/RFyy7EgwEh

The family was walking along the beach when they spotted a dark object floating in the waves offshore, according to Beaufort County Sheriff’s Maj. Bob Bromage. https://t.co/L9l8xI2nTT

According to the report on The State, this area used to be crawling with drugs. There was an extensive government operation back in 1980 known as ‘Operation Jackpot’ that led to more than 100 arrests in that area.

It is unclear if this family was given a reward for turning in this MASSIVE amount of cocaine but if you want to read more on this story and those historical drug busts in Beaufort, S.C. you can click here to visit The State.