Utah Man Has A 20-Year-Old McDonald’s Hamburger He Bought For $.79 And It Disturbingly Looks Brand New 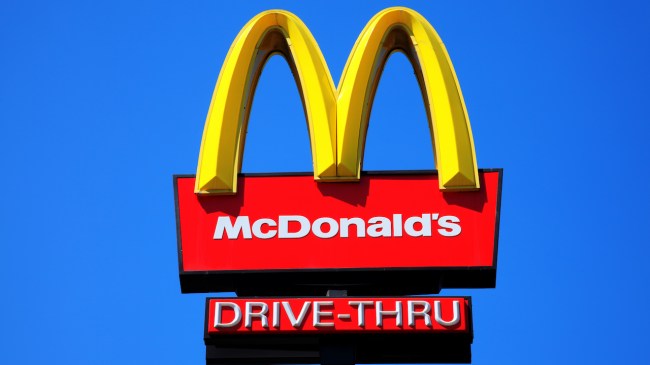 We like our food fresh. This isn’t even up for debate. Food that’s been harvested that day and has gone straight from the farm directly to your table *almost always* looks and tastes better than food that’s had time to sit around for days, weeks, or years. Sure, a properly dry-aged steak his phenomenal because there’s always an exception to the rule (I’m also looking at you, Iberico Ham).

Old food (not aged food, just old food) can taste great if preservatives are introduced but there’s something deeply unsettling about food that’s years old and looks nearly identical to the same dish if it was prepared yesterday. That’s why this dude’s burger continues to freak people out.

So there is a reason this McDonald’s hamburger looks better than one that might’ve gotten lost in the backseat of your car and developed mold after constant fluctuations of temperature and humidity. David Whipple purchased this in July 1999 with the express purpose of aging it to test ‘the effects of enzymes and deterioration’ according to KUTV.

He first unveiled his old ass burger in 2013 and it looked brand new then. Seven years later and after the introduction of fresh oxygen + light, not much has changed at all. It still looks disturbingly fresh. At MOST I’d think this burger was a week or two old, not twenty years. Here he is describing the 20-year-old preserved McDonald’s hamburger.

Here’s how it all started, back in the summer of 1999 when Bill Clinton was still President of the United States:

It got stuck in a coat pocket. The coat got thrown in the back of my van, and I guess it just got hung up on our closet in Logan. Subsequently we moved from Logan to St. George, Utah, and it stayed there for a couple years and I think my wife was giving the coat away or something and found it.

According to St. George Utah resident David Whipple, the burger doesn’t smell like much other than cardboard which is totally, definitely, not at all creepy.

Who doesn’t want to hang onto a two decades-old burger that smells like cardboard after aging in a coat pocket and later a sealed tin?