The Annual Sturgis Motorcycle Rally Is On With 250,000 Bikers Expected And This Surely Won’t Backfire 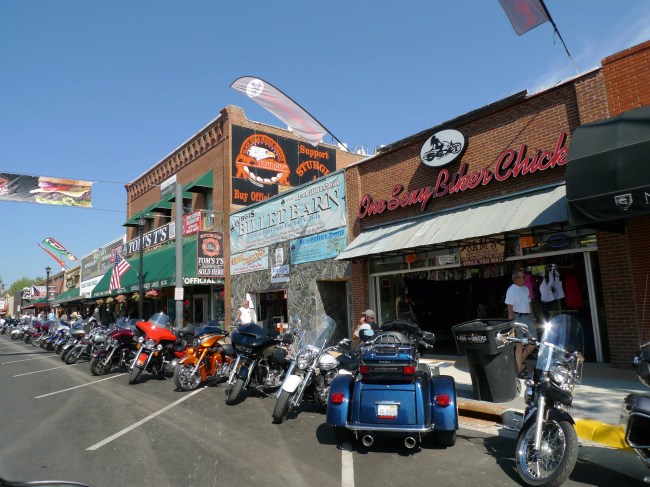 The annual Sturgis Motorcycle Rally won’t be derailed by a raging pandemic. Nope. It’s ON.

The state of South Dakota is sparsely populated with only around 884,000 residents in total which might’ve been a contributing factor to how S.D. has fared comparatively well against coronavirus compared to other states. In total, South Dakota has only experienced 8,955 confirmed cases and recorded 135 deaths. This is roughly the equivalent of about one day in the state of Florida these days.

Some residents in Sturgis see the plan to hold this year’s Sturgis Motorcycle Rally as a monumentally catastrophic idea. The week-long event is scheduled to take place from August 7 to 16. A majority of Sturgis residents were actually against the rally but the local businesses successfully rallied the city to make it happen, according to the Star Tribune.

Though only about half the usual number of people are expected at this year’s event, residents were split as the city weighed its options. Many worried that the rally would cause an unmanageable outbreak of COVID-19. “This is a huge, foolish mistake to make to host the rally this year,” Sturgis resident Lynelle Chapman told city counselors at a June meeting. “The government of Sturgis needs to care most for its citizens.”

In a survey of residents conducted by the city, more than 60% said the rally should be postponed. But businesses pressured the City Council to proceed.

Rallygoers have spent about $800 million in past years, according to the state Department of Tourism. Though the rally has an ignominious history of biker gangs and lawlessness, bikers of a different sort have shown up in recent years — affluent professionals who ride for recreation and come flush with cash. Though the rally still features libertine displays, it also offers charity events and tributes to the military and veterans. (via)

The city is never clear on exactly how many people attend but they estimate the numbers by weighing the leftover trash after everyone leaves. They’ll do the same this year and while some are expecting 50% of the usual crowd to show up and only 250,000 bikers to make the trip, others think this could be the largest Sturgis Motorcycle Rally ever because it’s the only large-scale event that’s happened in the USA for half a year.

Local business owner Rob Woodruff explained his decision to push for the event to take place:

Rod Woodruff, who operates the Buffalo Chip, said he felt he had little choice but to proceed with the rally. He employs hundreds of people in August and a smaller full-time staff. “We spend money for 355 days of the year without any return on it, hoping people show up for nine days,” he said. “We’re a nine-day business.” Woodruff felt he could pull off a safe event, allowing people to keep their distance from one another at the outdoor concerts at his campground. He said he was emboldened by the July 3 fireworks celebration at Mount Rushmore, where 7,500 people gathered without any reported outbreaks after the event, according to health officials.

In the end, Sturgis officials realized the rally would happen whether they wanted it or not. They decided to try to scale it back, canceling city-hosted events and slashing advertising for the rally.

Jerry Cole, who directs the rally for the city, said organizers are not sure how many people will show up, but that they’re expecting at least 250,000. Travel restrictions from Canada and other countries have cut out a sizeable portion of potential visitors, he said. Others think the rally could be the biggest yet. “It’s the biggest single event that’s going on in the United States that didn’t get canceled,” Woodruff said. “A lot of people think it’s going to be bigger than ever.” (via Star Tribune)

This will easily be the largest event to take place in America since the onset of coronavirus restrictions and probably the largest (sanctioned) event to happen worldwide. Some countries have already welcomed fans back to live sporting events but the USA is still suffering the worst coronavirus numbers seen anywhere. The USA is home to 5% of the global population but is fighting over 20% of the global cases (4.75 million cases in total, 157,000 deaths).

Part of the reason they’ve given in to holding the event is they believe bikers will show up anyway so they might as well move forward with their plans. The city is planning to conduct ‘large-scale testing’ around the event which they’ll certainly need to do with a quarter of a million bikers showing up to a town of 7,000 residents

You can read the full article over on the Star Tribune by clicking right here.