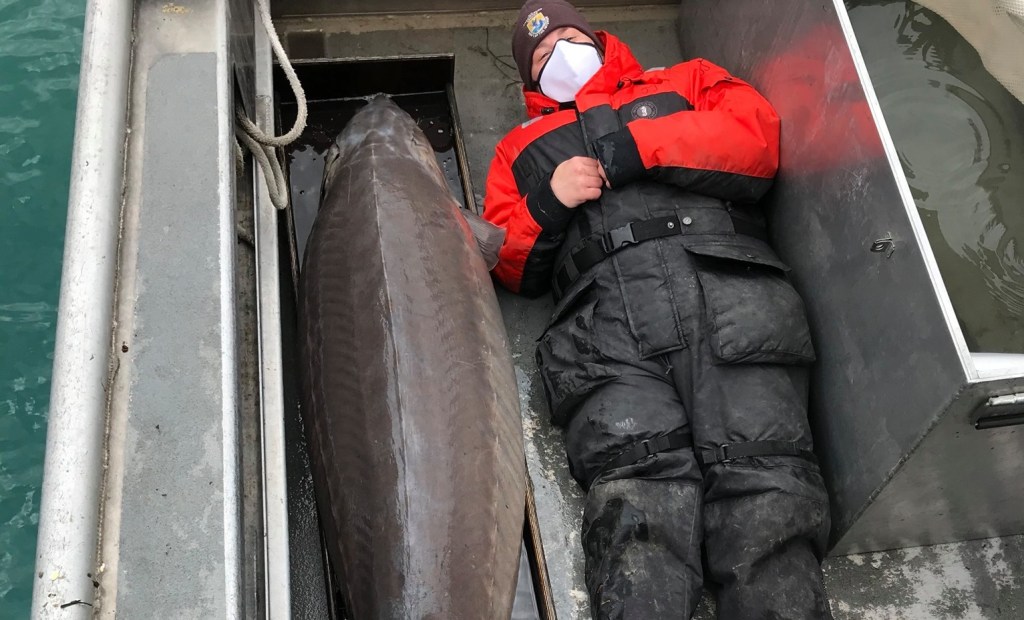 The Lake Sturgeon, also known as the Rock Sturgeon, is one of the coolest fish species found in North America, at least in my humble opinion. They look awesome and their ancient creatures that grow to enormous sizes.

One of the largest lake sturgeon ever measured, a fish that’s being called a legitimate ‘real-life river monster’ but field scientists, was capture on the Detroit River and it’s believed to be over 100-years-old. There’s no way of knowing the fish’s exact age but the estimation is made based on the extraordinary measurements.

The 240-pound Lake Sturgeon was caught on April 22nd and measured a whopping 6’10” long and the girth measurement was a full 4-feet around. The fish was weighed and clocked in at 240-pounds. Based on those three measurements, the Detroit River Native Species Crew estimated this fish was 100-years-old which would mean it was born around 1920 when Detroit was the 4th largest city in America (it’s 24th now).

The Detroit River Native Species Crew from the Alpena Fish and Wildlife Conservation Office implanted a radio tracker on the fish. All of this was done at lightning speed so the elderly Lake Sturgeon could be quickly returned to the water before it got too stressed out.

The Alpena Fish and Wildlife Conservation Office shared this stunning image of the catch on Facebook along with a caption about the catch: 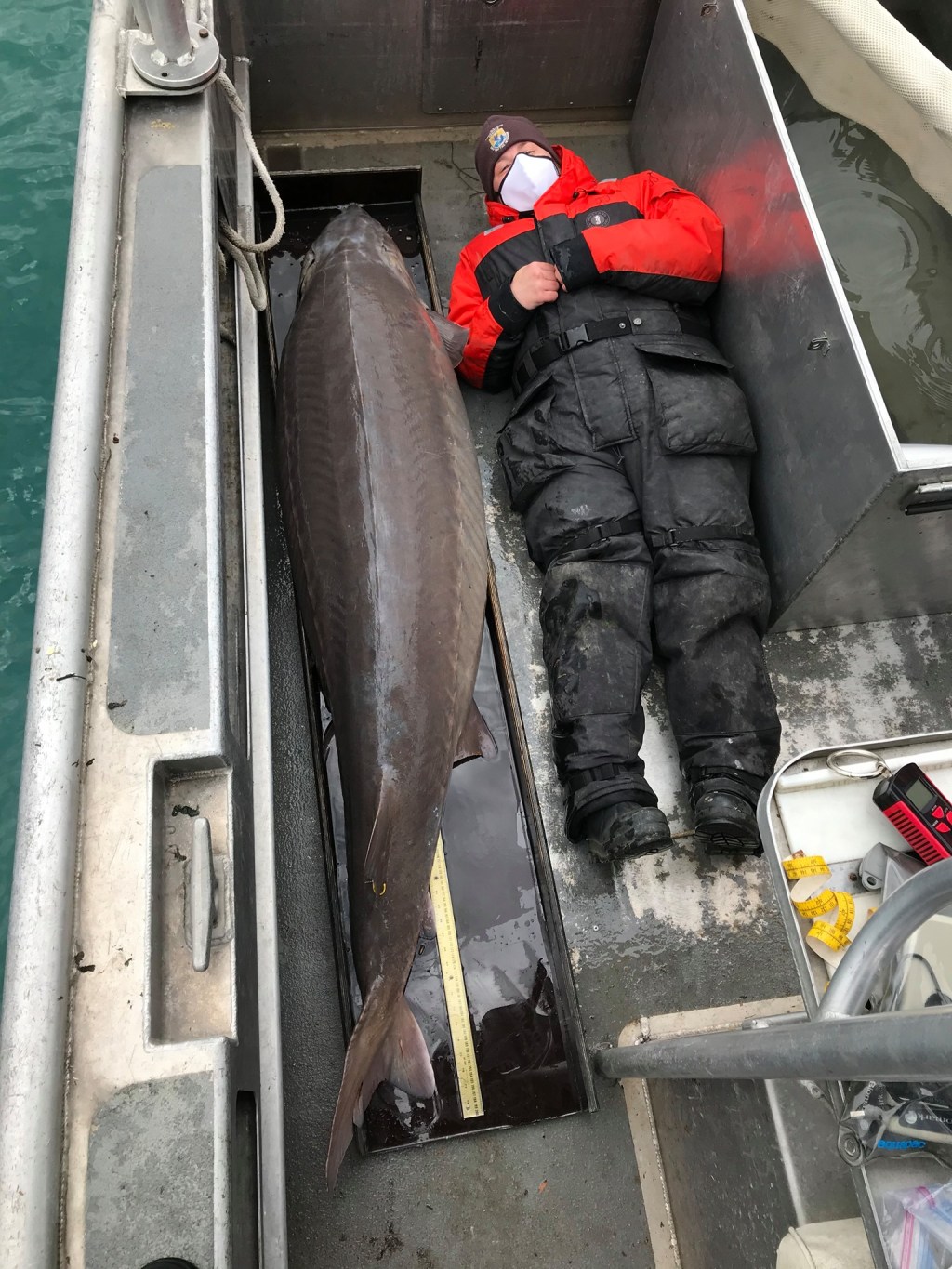 The caption listed the measurements along with “Based on its girth and size, it is assumed to be a female and that she has been roaming our waters over 100 years. So, she likely hatched in the Detroit River around 1920 when Detroit became the 4th largest city in America.”

There is an IGFA fishing world record for Lake Sturgeon caught with a rod and reel. It was a 76.20 kg (168 lb 0 oz) fish caught in Georgian Bay, Ontario, Canada back in May, 1982. In 19 of the 20 states in the USA where Lake Sturgeon are naturally found they are listed as endangered or threatened and they’re protected in most areas.

The history of Lake Sturgeon is pretty fascinating. There’s an article you can read here which discusses how commercial fishing/overfishing in the decades leading up to 1900 caused the numbers of this species to evaporate overnight. The fishery dropped from 8 million pounds to 2 million pounds. These are slow-growing fish but the females can routinely live for 80 to 150 years and grow to 240-pounds or more, like this specimen.

Like every great fishing story, this amazing river monster was caught when the day seemed to be just like every other. The crew had five lines in the water, and scientists Paige Wigren, Jennifer Johnson and Jason Fischer had only reeled in an empty 5-gallon plastic bucket so far, according to the story on Freep.

It was right before noon when one of the lines got a tug and ‘FISH’ was announced. Before long, they knew there was a river monster on the line:

“The fish started to surface,” Wigren said, recounting the story. “Jason said, ‘There’s a fish coming up,’ and Jenny looked over, and she said, ‘Big fish! Big fish!’ I moved to the back of the boat, grabbed the net.” Johnson added that when she looked into the water, the fish’s shadow was so huge, she just thought, “Oh my God.”

After five or six minutes and a few failed attempts to net the fish, they finally got it. “It took all three of us to heave her over the side of the boat,” Wigren said, adding that all three of them weren’t sure they’d be able to land the fish. “And just for reference, the largest fish Jenny and I have seen was 123 pounds.” (via Freep)

The scientists believe the 100-year-old age of the fish is a conservative guess, a “minimum estimate”. It’s quite possible this fish is closer to 150-years-old. According to the article on Freep, the largest Lake Sturgeon specimen ever recorded is 310 pounds which sounds like an absolute whale.

Have any of you guys ever caught one of these? Hit me up on Twitter at @casspa and tell me about the catch!