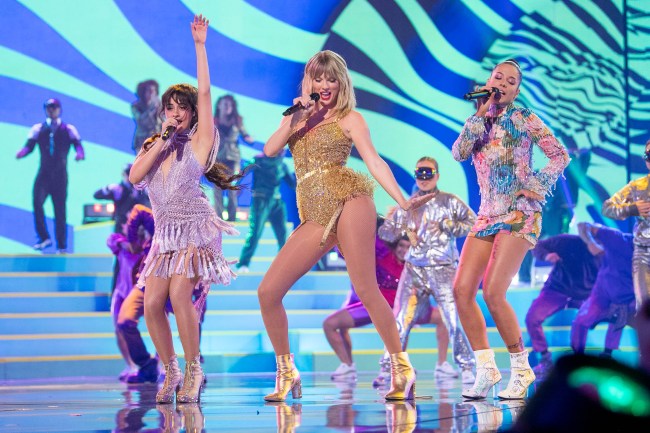 Remember when Metallica got Napster shut down because they complained that starving musicians weren’t making enough money anymore and Lars Ulrich couldn’t afford to purchase a third Swiss chalet because he was only making millions and millions instead of tens of millions? Pepperidge Farm remembers…. The times have changed.

Musicians who tour the hardest make the most money. It’s that simple. Kendrick Lamar was reportedly making over $1 million per tour stop (two years ago) and he barely cracked the Forbes top 35 this year of the World’s Top-Earning Musicians of 2019.

Perched atop this year’s earnings list is Taylor Swift who last night released the least-relatable Christmas song I’ve ever heard but she used footage of her childhood as the music video so I’m sure her fans will go batshit crazy for it. Taylor managed to rake in $185 million in earnings in 2019 which was more than double what Jay-Z and Beyoncé earned combined.

Coming at #2 in the 2019 World’s Highest-Earning Musicians list from Forbes is Kanye West which shouldn’t shock anyone. The guy practically prints money. Everything he does is successful. But he still earned $25 million less than Taylor Swift for a total of $150 million in earnings in 2019.

Jimmy Buffett cracked this year’s top 20 thanks to Parrotheads constantly forking over cash for Jimmy’s tours. Jimmy’s also earning a fortune thanks to his rum and other products. Jimmy was tied this year with Eminem in the #19 spot, each earning a total of $50 million in 2019. This list isn’t just earnings from concert ticket sales + album sales. It includes sponsorships and branded products from these musicians.

Over at Forbes, you can see the top 40 but I’ve listed the top 25 here for you to check out:

It’s wild to me that Taylor Swift would earn more than 2x the amount of money this year than the #5 overall earning musician worldwide. It’s also pretty crazy that there isn’t a single DJ in the top 25 which how prolific some of the top DJs are. I guess everyone needs to follow the Kanye + Taylor path and launch a shit ton of their own products and become the face of brands if they want to catch up?

You can check out the full list on Forbes here which has some more information on how those musicians made their fortunes this year.