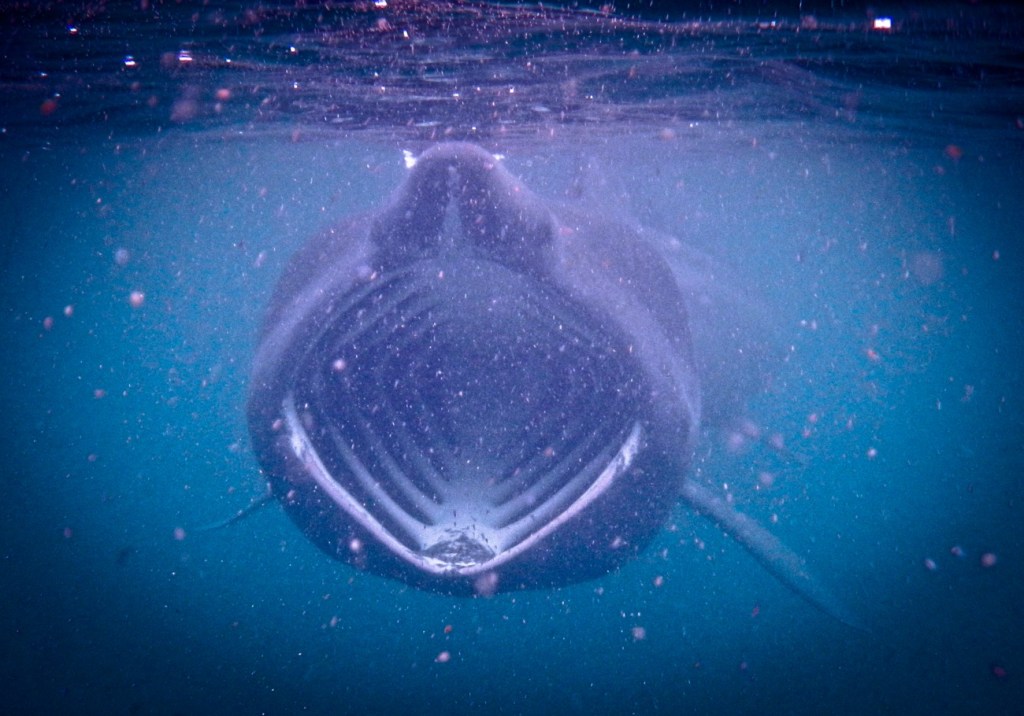 This is one of the largest sharks on the planet and that’s not an exaggeration at all. These two videos have gone viral on TikTok and they show a basking shark caught by commercial fishermen from Iceland releasing the 30-foot shark but not before one fisherman gets slapped in the head.

An average adult basking shark reaches lengths of 26 feet but this is no average shark. This is an absolute unit that we see here. The tale is bigger than anyone on that boat.

I truly am awestruck by the size of this shark. The Icelandic fisherman who posted the video to TikTok used the caption “Got my a$$ kicked by a shark” and while I’m not so sure he took a proper beating I’m certain this is an encounter he’ll never forget.

In the second video, we see the commercial fisherman release the basking shark back into the water but that doesn’t go swimmingly because the shark is bigger than an RV. Check ’em out:

Here’s Part 2 with the shark released back into the water:

After those two videos went viral on TikTok the same fisherman uploaded this one the other day of a Greenland Shark that’s also one of the biggest shark species on the entire planet.

I’ve seen a lot of sharks in my life. I’ve even eaten a fermented Greenland shark in Iceland. But I’ve never seen anything in person that would come close to comparing to the size of that basking shark above. That’s one the largest creatures I’ve ever seen in my life.

Next time I hear someone talking about dinosaurs being extinct after the asteroid crashed into our world I’m going to show them this video as proof that dinosaurs still exist.

We’ve seen a lot of shark news lately. Earlier this week, a drone captured a tiger shark feeding frenzy. There was also this recent feeding frenzy at a North Carolina fishing pier that was so chaotic the pier was shaking.