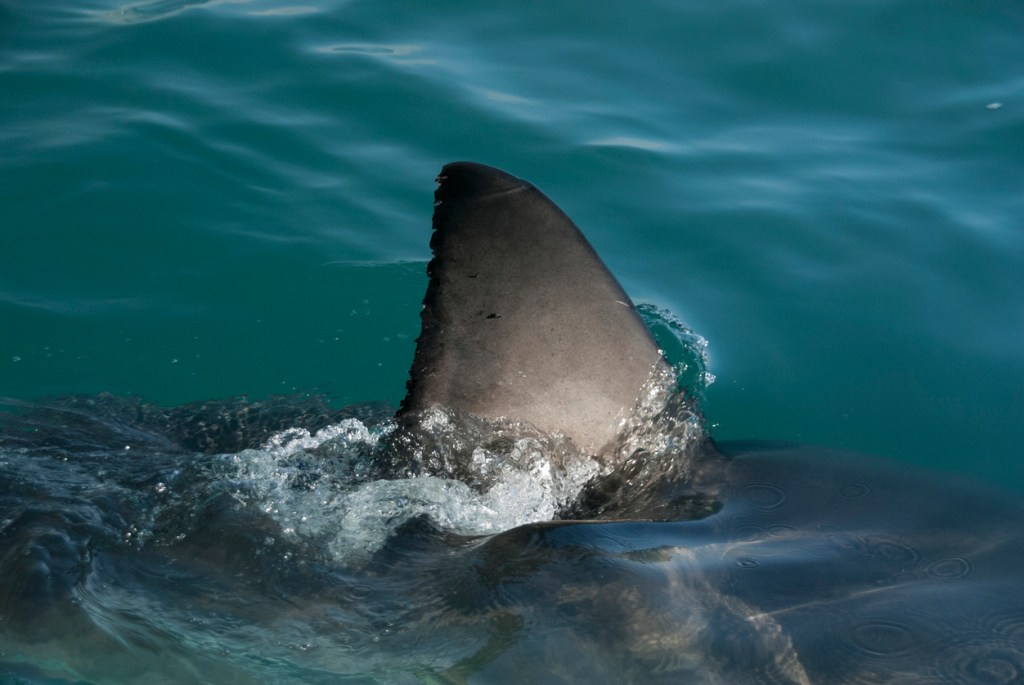 If you’re ever going to witness a shark feeding frenzy close up then this is probably the best possible vantage point you can ask for. Onlookers at the Surf City Ocean Pier in North Carolina witnessed an all-out feeding frenzy with sharks going ham on baitfish.

In the video, we can hear one of the people on the pier saying this absolutely bonkers feeding frenzy is actually the second one. And this one was somehow less intense than the first feeding frenzy where they could allegedly field sharks bashing into the concrete pier while eating baitfish.

This isn’t a terribly rare occurrence for this time of year. There is a large annual migration of mullet. The mullet, and sometimes menhaden, are (relatively) tiny baitfish these sharks feast on and when they show up in schools of tens of thousands of fish the sharks have an easy time feasting on them.

The tiny fish will often hug near the structure of the fishing pier if a threat is detected to try and use the structure as protection from predators. And as we see here, that doesn’t always work. Watch this action (via YouTube + Facebook):

The YouTube description says the baitfish in this video are striped mullet. This annual mullet migration will continue to move south and down the East Coast of Florida. I’ve covered some epic mullet migration videos in the past from the BlacktipH YouTube channel.

To give you an idea of what this mullet migration might look like during the day vs. filmed from a pier a night, check this out:

I did an extensive amount of pier fishing growing up before my parents bought a boat here in Florida. My mom would take us to the fishing pier on Friday or Saturday night every weekend and I haven’t done it in years but I’m thinking it’s time to get back out there. The fishing pier + light from a full moon = some of the most fun fishing there is.

Pier fishing just requires some robust fishing gear + tackle as you are often reeling the fish vertically out of the water at some point. So if you’re going to get out there on the fishing pier at some point make sure you have the right gear.