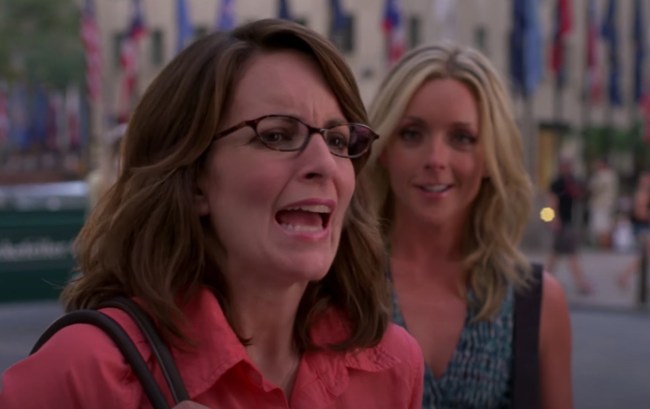 This is the best news I’ve received in months. NBC’s 30 Rock is coming back for one more episode. It is without question my favorite TV comedy series of all-time and I’m already scrolling ahead a few weeks on my DVR to set the recording.

Following the success of the Parks and Recreation reunion episode back on April 30th which raised money for a handful of charities, NBC’s 30 Rock is coming back for one more episode. The show was created by former SNL head writer Tina Fey who is one of the best writers and funniest people the industry has ever seen, and 30 Rock holds the record for most Primetime Emmy Award nominations in a single season when Season 2 brought in an astounding 17 noms. That’s not the record though because 30 Rock broke its own record THE NEXT YEAR (2009) with 22 Primetime Emmy Awards nominations.

Airing next month on July 16th on NBC, the show will air one more episode. Presumably, the entire cast will participate including some tertiary characters like we saw with the Parks and Rec reunion. The episode will air on TV on the 16h and then move to stream on Peacock TV as well as be broadcast on Bravo, CNBC, E Entertainment, Oxygen, SyFy, and USA Network the next day (July 17th).

We hear you, and we’ll do it, but only for the attention. 😉 #OneMore30Rock is coming your way July 16 on @NBC and July 17 on @PeacockTV, @BravoTV, @CNBCPrimeTV, @eentertainment, @Oxygen, @SYFY & @USA_Network. https://t.co/7gYFqXpAjF pic.twitter.com/A8QmFylCMo

According to Variety, it will be an hour-long episode and remotely-produced event starring Tina Fey, Alec Baldwin, Tracy Morgan, Jane Krakowski, Jack McBrayer and others. If you remember back to the series finale, Liz Lemon and Criss had two kids. Kenneth took over the network. And Jack was going to build a dishwasher with a glass door. So it will be interesting to see where they pick things back up.

The hour-long, commercial-free event will first premiere on NBC and then will be rebroadcast across USA, Bravo, E!, Oxygen, SYFY, and CNBC as well as available to stream on NBCU’s new service Peacock on Friday, July 17 at 9 p.m. ET. That’s two days after Peacock’s July 15 nationwide launch. (“30 Rock” is available to stream on Peacock.)

“We’re all happy to have this excuse to (remotely) work together again for NBC,” said “30 Rock” executive producers Fey and Robert Carlock said in a joint statement. “To quote Kenneth the Page, there are only two things we love in this world, television and everyone.” (via)

The hour-long episode will also feature guest appearances from NBCUniversal talent that weren’t regulars on 30 Rock.

I’m not even exaggerating in the slightest bit when I say I watch 1-3 episodes of 30 Rock every single night and have done so for years, since before the series even went off the air. So on a personal level, this might be the best thing to happen to me in 2020 so far. I’m not even the slightest bit ashamed at how much I’m geeking out over this, I needed this boost to the spirit.