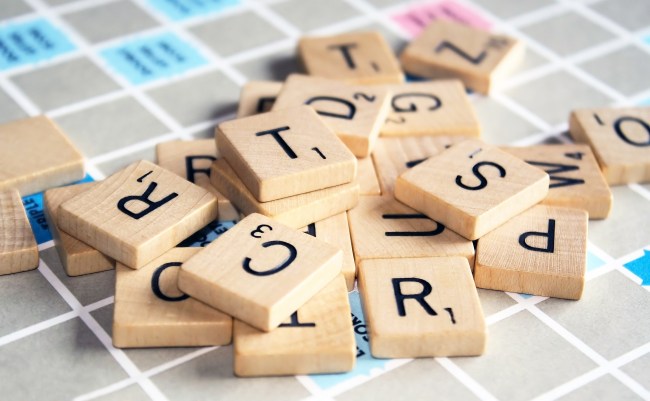 Scrabble is one of the greatest board games ever invented. It rewards intelligence and strategy while players also learn throughout the gameplay.

It can also be an incredibly frustrating game at times when you play a word that you KNOW is an actual word but somehow that word isn’t yet included in the Scrabble dictionary. Ultimately, you have to abide by the rules of the game and not by the rules of the English language.

‘OK’ is the most commonly used phrase in the world. I recently wrote an article about the intriguing origin of the phrase ‘OK’ and how it started as an inside joke in the 1800s. Until now, ‘OK’ was not in the Scrabble dictionary but that’s all changed as Scrabble just added 300 new words.

Why does this matter if you don’t play Scrabble? Well, this is also a form of official recognition for a lot of words that are brushed off as slang. ‘OK’ is not slang, it’s arguably the most commonly used phrase on the planet.

Scrabble announced that 300 words would be added to their dictionary in a press release and they also outlined the criteria for a word to be included:

New words are added to The Official SCRABBLE Players Dictionary only if they meet specific criteria as laid out in the game’s rules: words must be found in a standard dictionary and cannot be abbreviations, capitalized words, or words containing hyphens or apostrophes. All words must also be between 2 – 8 letters in length. (via)

Here’s a look at some of the 300 words added to the Scrabble Dictionary which have now gained official recognition within the English language, for better or worse.

Qapik – Qapik is a variant of gopik, which is defined as “a monetary subunit of the manat (Azerbaijan).”

Twerk – to dance by shaking the buttocks while squatting

Beatdown – an overwhelming defeat (via)

That last one is interesting, beatdown, because it’s more often than not the outcome of a game of Scrabble. My experience has been that Scrabble is usually an all-or-nothing game. I either run away with the lead or get my ass whooped and there doesn’t seem to be any in-between for me.

Let’s check out some more of the new words:

Bestie – a person who someone likes very much (via)

I can already see how this is going to cause mayhem. If you’re playing Scrabble and someone drops ‘Bestie’ on you and you hadn’t read this article then there’s no possible way that you’ll believe them on that being an official word.

Bestie is widely believed to be slang but I guess it’s just been cemented in the dictionary as proof that simply because a word is slang, doesn’t mean it’s not a valuable part of the English language.

You can check out the official press release for links to more of the new words.