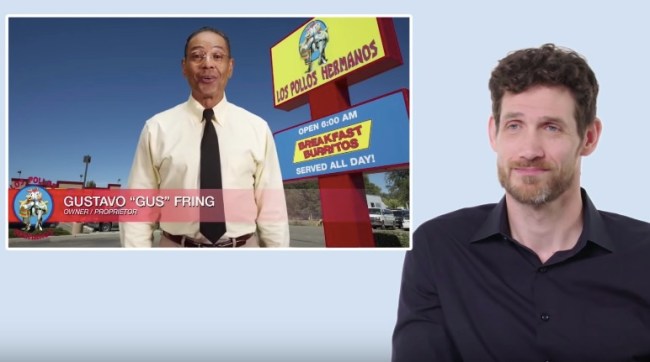 Dialect coach Erik Singer has made a career out of working with Hollywood’s elite to perfect their accents in movie and TV roles.

I recently found out that actor David Anders who has portrayed characters with British accents throughout his career is actually born and raised American (from Oregon). 99 times out of 100 we see British actors portraying American accents so I guess he’s the rare exception to the rule here by going the other direction.

I’m only mentioning this because I passed him last January in an alley in Porto, Portugal while leaving a restaurant and I saw him from a few feet away and thought to myself ‘oh, it’s that guy’ and it further cemented my assumption that he was British because we were in Europe.

Flash forward to a few weeks ago and someone got me to watch the first few episodes of iZombie and I realize that not only is this dude American but lead actress on that show, Rose McIver, is from New Zealand but perfectly nails a Pacific Northwest accent. It just goes to show how vital dialect coaches like Erik Singer are in bringing a character to life in Hollywood.

Here, Erik Singer breaks down the accents of 28 characters and explains what makes each one so distinct and if that accent actually worked or not.

Pretty much the only accents I’m capable of nailing are Florida Cracker and that George/North Carolina/Tennessee corridor of the Appalachian Mountains because I spent a huge chunk of my childhood there for camp around counselors with those accents.

Ever Wondered Why We Say ‘OK’? It Started As An Inside Joke In The 1800s

I couldn’t imitate a British accent if my life depended on it, nor a South African or Australian. It’s amazing to me that we’re all speaking the English language but it’s so incredibly different that when I’m drunk enough I legitimately cannot understand some Aussie dudes when they talk.

I’ve run into this problem down in Panama while out drinking with Aussies. We all get hammered and can’t understand each other.