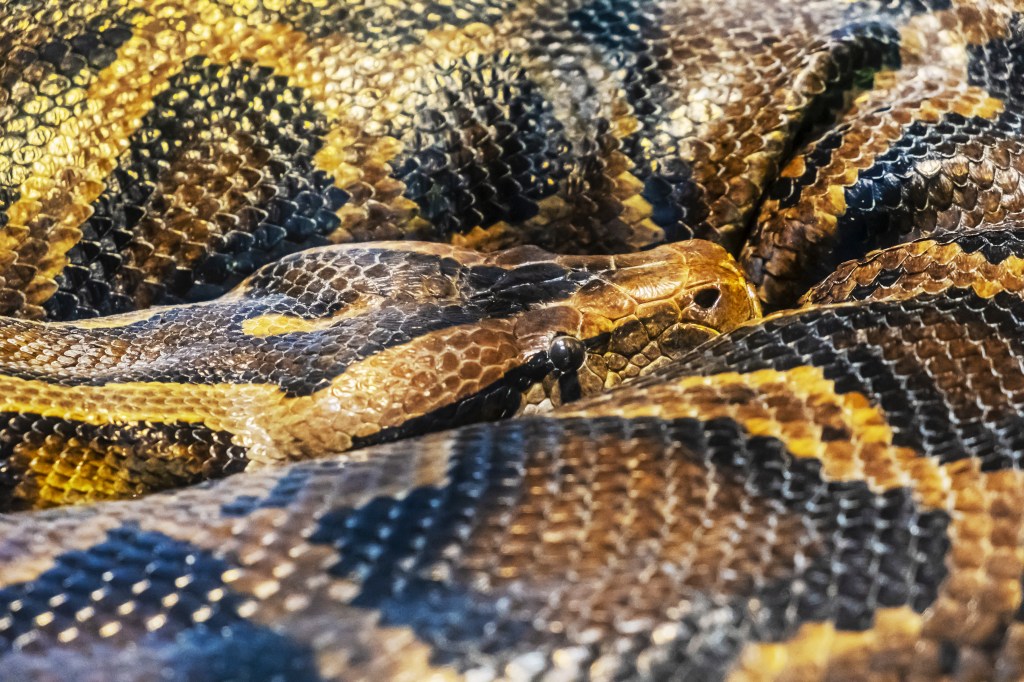 Two cousins in Zolfo Springs, Florida managed to wrangle up a 300-pound Burmese Python measuring 16-feet in length. These invasive snakes have been thriving in The Everglades for years, able to easily hide in the dense thrush and reproduce unseen. But Zolfo Springs is hours north of The Everglades and it has some worried that these enormous snakes are pushing further north.

The hope is that this massive snake was a rogue individual and not a sign of things to come but there’s really no way of knowing. It is the largest snake ever caught in Zolfo Springs which isn’t at all shocking but there are some pretty surprising details here.

According to FOX 13 News, Aaron Brown spotted the snake while driving in some woods where they’re used to running around barefoot. After spotting the 16+ foot snake, Aaron called his cousin William Wilkinson to assist him in taking the snake down:

“I told him. ‘Man, watch that thing; I’m on my way. We are going to catch that thing,'” said William.
“We were trying to pull him back and pull him back but he got back on us,” said William.
“Once we got him pulled out, it was like, ‘My God! What a snake!'” William recalled.
“We measured him and laid him down and the two kids down beside him to get a rough idea and ended up finding a tape measure,” said William.
“We’ve run these woods and run barefooted in and out and never seen anything like that big,” William said.

After capturing the snake, they called up snake hunter Dusty Crum from The Everglades who showed up to help them measure and skin the snake. Once they got it open, Dusty found 100 EGGS inside of this 16-foot-4-inch snake. “Hopefully this is a rogue snake and they haven’t migrated this far north. These boys stopped an invasion by eliminating a big breeding snake like that,” said Dusty.

Look at this thing!

16’4 and 300 pounds. Check out this Python captured in Zolfo Springs. It was captured on a family’s property. Two cousins worked together to get it out. @fox13news #zolfosprings #python pic.twitter.com/ZCd1BhwZco

That’s farming country out there in inland Florida between Sarasota and Tampa (north of Arcadia), just endless grazing land and woods. The existence of snakes this large anywhere on the planet is dangerous.

A 16-foot-4-inch Burmese Python could take down human beings and pretty much everything else in the area. There isn’t any concrete evidence that these snakes are making a big push out of The Everglades into central Florida but it really only feels like a matter of time.