3D-Printed Steaks Are Now Being Served In Restaurants 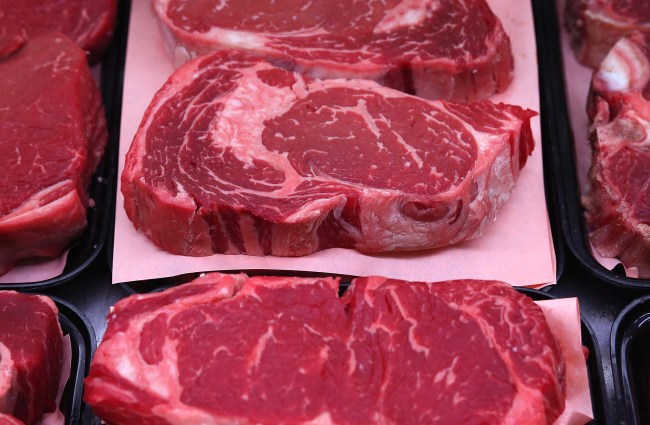 Plant-based meat substitutes have been available for years, including at grocery stores and fast food joints – usually faux beef burgers. Now, fake steaks are being created by 3D printers and being served in restaurants.

“Redefine Beef Flank is a juicy plant-based flank cut adored by meat lovers, rich in flavors and extremely fibrous,” Redefine Meat said. “Despite being relatively lean, flank cuts come packed with delicious flavors, which have earned them a place of honor amongst the world’s leading chefs. Redefine Beef Flank is prepared with sizzling innovation. This tender cut of New-Meat beef is perfect for grilling or cooking, and will become the star of almost any dish, allowing both vegans and meat lovers to enjoy great meat, without compromising on taste or sustainability.”

The plant-based steaks are now being sold at restaurants at prices between $25 to $40.

“That’s a similar price to the way those restaurants charge for traditional beef steak,” BGR reported. “On top of 3D-printed steaks, Redefine Meat will also provide ‘premium quality’ burgers, lamb kebabs, ground beef, and sausages to other restaurants throughout the Netherlands, UK, and Germany. That should give restaurant goers multiple ways to try the plant-based meats the company offers.”

“With these new 3D-printed steaks, though, Redefine Meat uses 3D printing, along with artificial intelligence to recreate the meat,” the outlet reported. “This includes capturing the feeling of the muscle fibers of the animal meat, as well as the juicy, yet firm, texture. This has allowed the company to create 3D-printed steaks that look, taste, and feel like real beef or lamb.”

Eshchar Ben-Shitrit – chief executive and founder of Redefine Meat – told the Guardian that the 3D-printed steak tastes “too much like meat.”

“Personally, I don’t eat meat,” Ben-Shitrit said. “I think it’s wrong to kill animals and eat them. But in order to get the flexitarian, it’s better to disregard the opinion of the vegan.”

Redefine Meat hasn’t said whether or not the meat substitute company would expand its operations into the United States.

“By some estimates, 30% of the calories consumed globally by humans come from meat products, including beef, chicken, and pork,” according to CB Insights’ Industry Analyst Consensus. “The global meat market could be worth as much as $2.7 trillion by 2040.”

In 2020, Americans consumed a record 224.63 pounds per person including beef, pork, total chicken, turkey, and lamb, according to the CME Group.