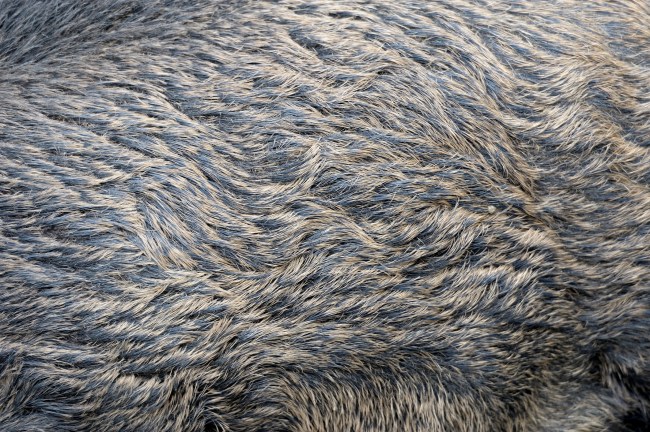 According to the local experts, a feral hog of 200-pounds is considered to be huge. Now double that and add eleven more pounds and you’ve got the size of this absolutely gargantuan feral hog that was trapped at a golf course in San Antonio, Texas.

Wyatt Walton has been trapping feral hogs throughout Texas for half of the past decade and he uses the traditional method of corralling the feral hogs with dogs. You release the hounds (typically not hounds) and they chase the hogs into a confined area until the hog is pinned back and the trapper’s able to take it down.

According to HuffPo, Wyatt and his Lone Star Trapping team were called to the Gateway Hills Golf Course in San Antonio last week to take down this 411-pound feral hog that looks as large as a bear.

In fact, an adult male black bear weighs between 130-660 pounds and the adult female black bears weigh between 90-180 pounds so this feral hog in San Antonio was actually a lot larger than many bears throughout the USA.

Here’s Wyatt Walton posing with the feral hot he nicknamed ‘Big Nuts’ as an homage to the XXXL-sized junk this pig was packing:

You should know that the footage of this feral hog is moderately graphic. If you don’t have a stomach for the aftermath of hunting then you might not want to click play on this video, but if you want to see how truly massive this 411-pound beast was then hit that play button:

HuffPo reports that the feral hog was taken to a processing plant but Wyatt kept the head to mount as a keepsake, as is very common amongst hunters.

Feral hogs are a nuisance on native ecosystems. They destroy vegetation, crops, and can destabilize wetlands and feeding areas. The state of Texas is actively trying to curb the ballooning population of feral hogs, hence why this one was removed and processed.