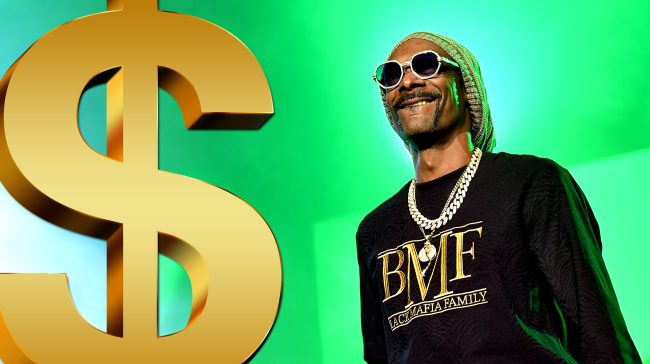 An NFT collector just spent almost $450,000 for a plot of virtual land – key word: virtual – in something called The Sandbox so he can be “neighbors” with legendary rapper Snoop Dogg in the metaverse.

As crazy as that may sound, it is actually quite a bargain when compared to another NFT purchase made recently in which someone paid $2.4 million for a basketball court sized piece of virtual land in something called Decentraland.

The Sandbox, an Ethereum based platform, is where the Snoopverse is being “built” and will be the virtual home to such things as Snoop’s Private Pool Party, Snoop’s first Metaverse concert, and the Cozomo Art gallery.

Also making their “home” in The Sandbox are “residents” like Deadmau5, The Walking Dead, The Smurfs, adidas, South China Morning Post, Avenged Sevenfold, Atari, and the Care Bears. That’s right. Snoop Dogg and the Care Bears. It’s like Disney Infinity on steroids.

People are throwing some serious money around in this thing and some major players are getting involved.

According to Coindesk.com, The Sandbox’s majority stakeholder is Hong Kong-based gaming firm Animoca Brands, an early metaverse and GameFi backer that has been valued at $2.2 billion.

Towards the end of November, the four leading virtual-land platforms — The Sandbox, Decentraland, CryptoVoxels, and Somnium Space — sold $100 million worth of virtual land in the form of NFTs in one week, according to DappRadar data. The Sandbox — responsible for the vast majority of that figure, generating $86.5 million — just happens to be the biggest of the group. At number two, Decentraland made around $15.5 million.

“Brands are scrambling to catch up,” Corey Herscu, a marketing and communications expert who advises NFT artists and companies, told Rolling Stone. “The next logical step is for them to start buying land and advertising in the metaverse.”

Is it though? Is it really logical to spend hundreds of thousands, if not millions of dollars on something that, frankly doesn’t exist in reality? Time will certainly tell.