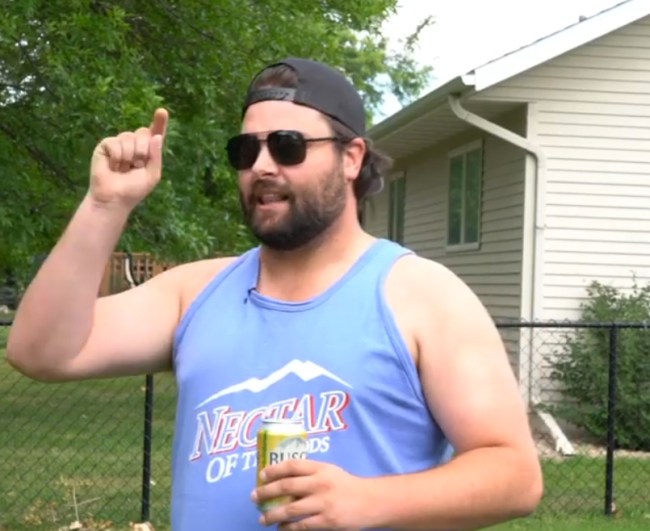 If there’s one thing we can thankful about in the year 2020, it’s the resurgence of day drinking.

Day drinking is an acceptable pastime now for many reasons – thousands of watering holes are closed, millions of people are afraid to leave the house – or just don’t want to pull down a mask to sip – and no one wants to deal with other humans.

When done correctly, day drinking can be an enjoyable and rather inexpensive experience. All that’s required is an empty day on the calendar, a few cases of beer, enjoyable drinking games, tasty tunes, and a few friends.

When done incorrectly, day drinking can…well, the day is still enjoyable but one bad move leads to the train going off the tracks early in the expedition.

Ohhyoubetcha perfectly captures much of the fun, and many of the bad ideas, that often leads to a day of drinking going south a little too early.

“It’s a nice day out. Well, should we start drinking?” seems like a good question but possibly not immediately after brushing your teeth.

From there, Ohhyoubetcha covers the 5 inevitable stages of day drinking with your bros.

Eventually, everyone falls victim to stage number 5. If you’re over 40, like myself, and make it that far into the day, it’s a gold medal effort.

“You can’t drink all day if you don’t start in the morning.”