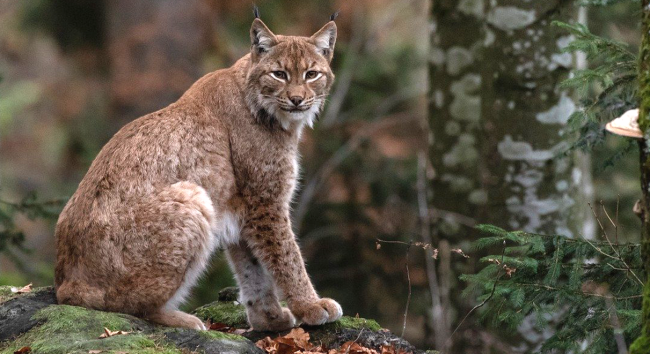 Bobcats just keeping on taking L’s. First we had a dad go full Super Saiyan on a bobcat when it tried attacking his family in their driveway. And now we’ve got a 5-year-old girl with zero fear just staring down a bobcat until it slinks away in defeat.

The girl, Rian Woodard, was just hanging out in her backyard in Colorado, chilling on her Big Wheel, as one does, when a bobcat darted into the yard chasing after a rabbit and came face-to-face with the fearless toddler.

For more than 20 long seconds, Rian and the bobcat were locked in an eye-to-eye duel waiting to see who would flinch first.

Finally, knowing it had been defeated by its superior, the bobcat decided enough was enough and headed back to where it came from.

Then, and only then, did Rian get up from her Big Wheel to let her mother know what had just occured.

Naturally, Rian’s parents didn’t quite believe her story. That is, they didn’t until they took a look at the security camera footage.

“I thought maybe she was just being a little dramatic,” Rian’s mom Nicole Woodard told KDVR-TV.

“There was no alarm whatsoever of any panic,” said her dad Eric Woodard.

“She wasn’t even scared when she came in. She kind of came in nonchalant and said, ‘Mom, I’m not going to play outside because there’s a bobcat out there,'” said Nicole.

Once mom got a good look at the video she couldn’t believe what she had just witnessed.

“It seemed like an hour. They locked eyes and just kind of stared at one another,” said Nicole. “She thinks she’s the bobcat whisperer now.”

That’s because she is the bobcat whisperer, mom.