In The Ultimate Troll Move, 50 Cent Is Reportedly Trying To Buy All Of Ja Rule’s Master Recordings 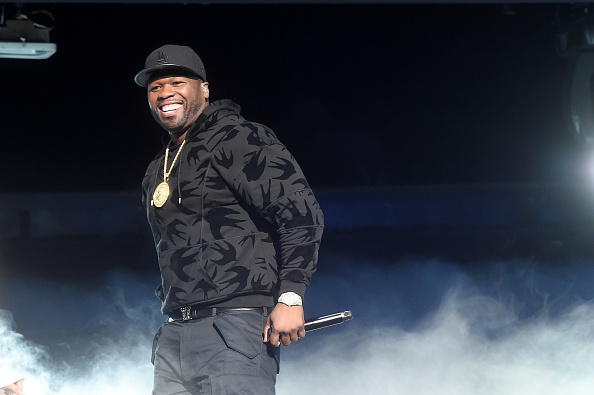 A couple of weeks ago, rapper 50 Cent hilariously trolled his longtime nemesis Ja Rule by buying 200 front row seats at Ja’s latest concert just so that venue could be empty.

What a show, 👏I mean just fucking great. Do it again😆my kid went to the restroom. LOL #bellator #lecheminduroi

It seems like 50 is taking his trolling efforts up a notch because it’s being reported that he wants to buy all of Ja Rule’s master recordings. If he’s successful, 50 Cent would earn money off of Ja Rule’s music.

According to online reports, 50 Cent is closing in on buying all of the masters and publishing rights to multiple hit records that Ja made during his heyday.

There’s no word yet on price, but online reports say that Curtis Jackson may pay as much as 7 figures for the songs. The report claims that 50 is negotiating directly with with Def Jam, which owns the rights to most of Ja Rule’s music.

50 would receive royalties every time that Ja Rule’s classic records get a streamed or sold. Additionally, Ja Rule could have to pay 50 Cent every time he performs one of the songs in public – and that includes in concert.

JA Rule and Murder Inc founder Irv Gotti both went on social media to fight back against the rumors about 50 buying Ja’s master recording.

You 50 trolls are trying waaay to hard hope y’all getting a check and not just a ✔️lmao… Anyway for the ones on the short bus… 🗣 HE CAN’T BUY MY MASTERS I OWN THEM!!! 😂🤣😭

Everyone please stop with the dumb shit. I own all MURDER INC MASTERS. Rule owns all his Publishing. This is FACTS. I’m never selling my Masters. They Belong to my KIDS. Talk about something else. TALES IS COMING BACK TOP OF THE YEAR!!!! And is coming out scorching HOT!!!

If 50 is able to pull off, it might be finally be the end in his nearly 20 year beef with Ja Rule.