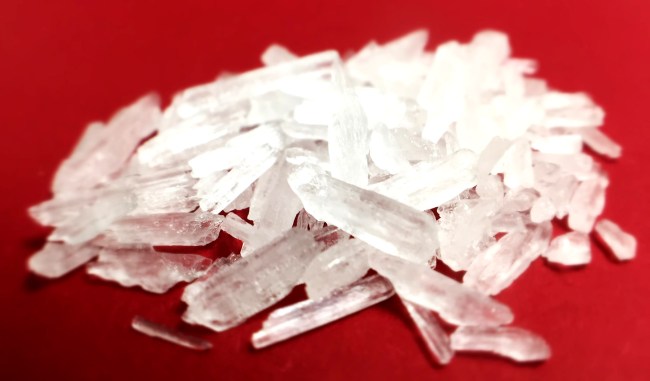 Police in Laos carried out Asia’s largest single seizure of illegal drugs on Wednesday when they discovered more than 55 million methamphetamine pills in the back of a beer truck in The Golden Triangle, a notorious area for drug smuggling.

“The 55.6 million meth tablets and 1,537 kg of crystal meth reported by Laos late yesterday is a record for a single seizure in the region,” United Nations Office of Drugs and Crime regional representative Jeremy Douglas told AFP.

“It is three times the meth tablets that Laos seized all last year, and close to a third of the crystal meth.”

The beer truck was stopped in northern Bokeo, which borders Thailand and Myanmar, according to Reuters.

Related: Colombia’s ‘Most-Feared’ Drug Lord Captured, Accused Of Importing 80 Tons Of Cocaine Into The US

Douglas added that it was “by far the largest seizure in the history of East and Southeast Asia.”

Beer maker Lao Brewery, whose truck appeared to be involved in the seizure, denied any involvement in the drug smuggling operation.

“We are deeply disappointed that our crates have been abused as a cover for illegal activities and will not hesitate to take immediate legal action towards anyone misusing our company’s assets,” the company said in a statement, adding that the beer truck was not registered to them or to any of its distributors.

Reuters also reports that this record-setting illegal drug seizure comes on the heels of two other drug busts which resulted in the confiscation of 16 million amphetamine tablets.

Back in March, it was reported that Thailand had seized more than 80 million methamphetamine pills over a six month time period.

Related: Nearly 6 Tons Of Cocaine Worth $232 Million Seized From Yacht In The Atlantic Ocean