Some Monster Stole 600 Chicken Fingers Meant For A Graduation Party, Then A Fast Food Miracle Happened 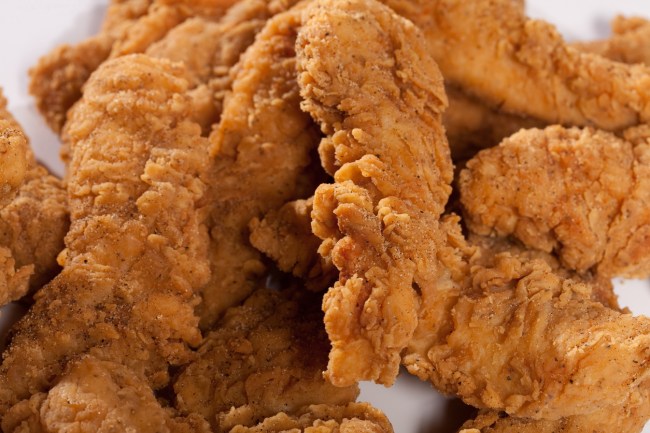 It’s graduation season and that means graduation parties. But you need party food and what better cuisine than to celebrate the huge step to adulthood than with fried chicken. However, one graduation party was nearly dealt a deathblow after some monster stole all of the chicken fingers, but then there was a fast food miracle.

Taylor Brodersen and Jimmy Lu were high school seniors who were celebrating moving on to the next stage of their academic life with a joint graduation party. Then the calamities of all calamities happened — someone stole all of their chicken tenders that were meant for their graduation party. All 600 chicken fingers.

Taylor’s parents had ordered 600 chicken nuggs from the Raising Cane’s restaurant in Maple Grove, Minnesota. The Brodersen’s went to the fast food restaurant to pick up the order an hour before the party and they were informed that their order had already been accepted or that it had gone missing. Some sick freak stole the 600 chicken fingers from the Raising Cane’s.

“I was kind of in shock,” Taylor told KARE 11. “Like, someone stole our chicken?”

Taylor’s dad Shane was expecting to serve some crispy chicken fingers with Cane’s sauce, crinkle-cut fries and Texas toast. But then there was no food to serve his 300 hungry guests. “I never made a contingency plan for stolen chicken,” Shane said.

“Six hundred,” Jimmy exclaimed. “What do you do with all those chicken fingers?” To make matters even worse, the order had already been pre-paid.

When all looked lost and the reality that there would be no chicken nuggets at the party was starting to settle in, one hero stepped up to save the day. The manager at the Maple Grove Raising Cane’s location hit the fryer big time and got them 200 chicken fingers right away. The manager followed it up with 400 more an hour later.

“That was the most amazing thing, how fast they made that much,” Shane said.

“Sunday afternoon, two customers came in separately to pick up the same large order,” said Adam Jennrich, Raising Cane’s area leader of restaurants. “Customer service is a top priority for us, so we worked as quickly as possible to replace the order.”

It is still not clear what happened to the 600 chicken fingers. “As of now, we are unclear if this was simply a mistake or intentional,” Jennrich said. “We are currently investigating the situation and that will determine next steps.” Brodersen and Raising Cane’s have not filed a police report, but the restaurant launched an investigation.

Who would steal 600 chicken fingers? Only a real Craniac would do that.