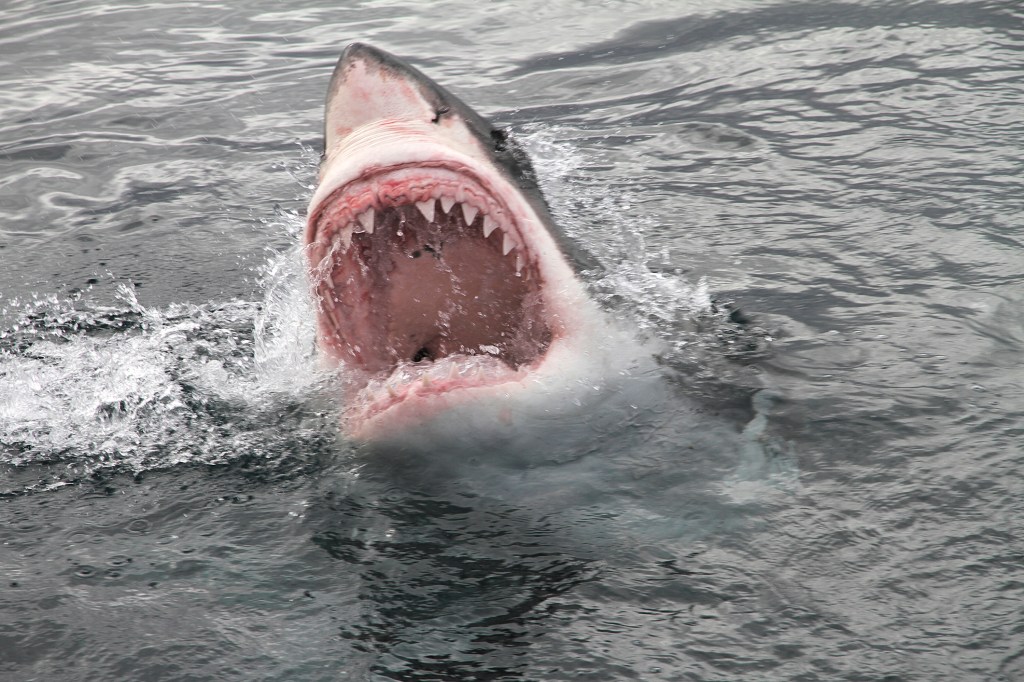 This article was initially published a week ago but there has since been some incredible footage uploaded to YouTube so I wanted to share it again with you guys. These Great White sharks are absolute units:

I’ve never been fortunate enough to see a Great White Shark close up. It’s on my bucket list. There’s no doubt in my mind that I’ll see one eventually. But the right (or wrong) opportunity just hasn’t presented itself yet.

Like the vast majority of the world, my entire perception of Great Whites has come from footage of these sharks in the wild. Seeing them swim by shark cages is impressive and it’s clear they’re enormous but you really need to get up close to have a sense of just how large they are.

Great Whites can grow up to 20 feet in length. The average female is 15 to 16 feet long. The average car in America is 14.7-feet and a Mini Cooper is 10-feet-long. A large pickup truck is 18.4-feet-long ono average, and these sharks can grow two feet longer than that. But that’s still hard to imagine without more context, isn’t it?

There’s a deceased Humpback Whale floating off of Massachusetts right now. Footage of a Great White feeding on this whale really drives home just how massive they are.

I’ve never seen a Humpback Whale up close but I’m well aware they are amongst the largest creatures on the planet. Those sharks don’t exactly look small by any means compared to the whale.