Man Finds 9-Carat Diamond On Walk Through State Park, Thought It Was Just A Cool Piece Of Glass 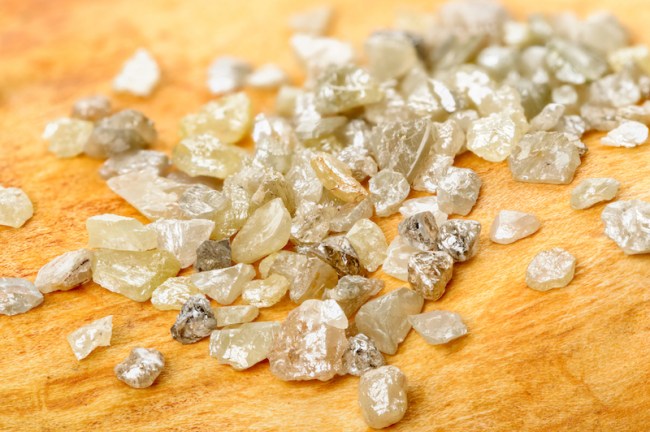 Kevin Kinard took a walk through Arkansas’s Crater of Diamonds State Park on Labor Day and left with the second-largest diamond ever to be found in the park’s history.

“It kind of looked interesting and shiny, so I put it in my bag and kept searching. I just thought it might’ve been glass,” Kinard told THV 11.

Kinard and his friends brought along supplies to wet sift through the park in search of diamonds.

After about 10 minutes, the crew kinda gave up just walked up and down plowed rows.

Kinard told the news outlet, “Anything that looked like a crystal, I picked it up and put it in my bag.”

The bank manager stumbled upon a marble-sized gem with a rounded, dimpled shape.

“It kind of looked interesting and shiny, so I put it in my bag and kept searching. I just thought it might’ve been glass.”

This guy finds a 9 carat diamond and I can't find my sox what the heck? – Fingers https://t.co/f7Zx71Ghms

Looking at the diamond in the photo above, I’d have no idea it was a diamond either but I’d hang onto it just the same.

At the end of the day, Kinard’s friends gave their findings to park officials to see if they scored anything worth keeping.

“I almost didn’t have them check my finds,” explained Kinard, “because I didn’t think I had found anything. My friend had hers checked, though, so I went ahead and had them check mine, too.”

According to THV 11, Kinard’s find is a big deal.

Weighing 9.07 carats, Kinard’s diamond is the second-largest found at the park since the Crater of Diamonds became an Arkansas state park in 1972.

The only larger diamond found during that time is the 16.37-carat white Amarillo Starlight, discovered in August 1975.

“I honestly teared up when they told me. I was in complete shock,” Kinard said of the 9.07-carat diamond.